MEXICO CITY -- After a dramatic turn of events that led the previous owners of the Quintana Roo Tigres to pull the team from the Mexican Baseball League, a beloved figure came to the rescue.Former Dodgers pitcher Fernando Valenzuela pulled off an 11th-hour... 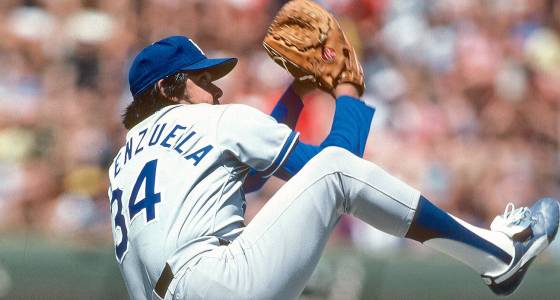 MEXICO CITY -- After a dramatic turn of events that led the previous owners of the Quintana Roo Tigres to pull the team from the Mexican Baseball League, a beloved figure came to the rescue.

Former Dodgers pitcher Fernando Valenzuela pulled off an 11th-hour move to keep one of Mexico's most beloved baseball franchises in the fold next season, when the World Series winner purchased the Tigres along with a group of businessmen. It is Valenzuela's first foray into ownership following a playing career spanning more than two decades in Major League Baseball and both the summer and winter leagues in Mexico.

"Baseball has been everything to me," Valenzuela said after the deal was announced. "[As] a businessman, I now have the opportunity to remain [in baseball] with a club that has great tradition and fans that have identified with it."

The move comes on the heels of fellow Los Angeles sports legend Magic Johnson's being named to an executive role within the Lakers -- along with his ownership stake in the Dodgers. And Valenzuela also joins a growing fraternity of U.S. Hispanics (he became a U.S. citizen in 2015) who have joined the ranks of sports franchise ownership in recent years.

Staying within baseball and the Los Angeles area, Angels owner Arturo "Arte" Moreno made history in 2003 when he became the first Mexican-American to buy an MLB team. Purchasing the club at $180 million, he has increased the value of the team almost 10 times over according to his Forbes magazine profile. Under Moreno's stewardship, the team has won six AL West titles since then, with the most recent coming in 2014.

In the NFL, a group of Latino entertainers made a splash in 2009 when they purchased a minority stake in the Miami Dolphins. Cuban-American power couple Gloria and Emilio Estefan are part of the group, and singer Marc Anthony, of Puerto Rican descent, is also a member of the group responsible for buying a small part of the franchise from principal owner Stephen Ross.

While there are no Betsmove Latinos in charge of NBA franchises, one player, Carmelo Anthony, has transitioned to becoming a team owner while still in his playing days. The Brooklyn-born forward and 10-time NBA All-Star is the son of a Puerto Rican man, and the New York Knicks forward has reflected his fondness for the island by purchasing soccer's Puerto Rico FC in 2015. "My passion for soccer has always been there," Anthony told ESPN FC at the time.

Soccer -- by far -- is the sport most identified with Latino sports ownership in the United States. Former boxing world champion Oscar de la Hoya has been a part owner of Major League Soccer's Houston Dynamo since 2008. The Mexican-American also founded and manages his boxing firm, Golden Boy Promotions.

Former Boston Red Sox and Los Angeles Dodgers shortstop Nomar Garciaparra is one of many noteworthy part owners invested in another MLS franchise, Los Angeles FC, which is scheduled to take the field in 2018. Garciaparra is joined by his wife, former U.S. women's national team soccer star Mia Hamm, and actor Will Ferrell, among others involved in the project.

In Orlando, Brazilian businessman Flavio Augusto da Silva set up shop in the United States in 2013, becoming owner of Orlando City SC, leading the charge on an expansion bid successfully securing the team's entry into MLS and signing former Real Madrid -- and fellow countryman -- star Kaká to a contract two years later. Under Da Silva's leadership, the franchise has quickly become one of the top five highest-valued teams in the league despite only officially being part of it since 2015.

Also in Florida, communications magnate and Bolivian-born Marcelo Claure is the co-owner of Miami's long-delayed MLS franchise along with former megastar David Beckham, who courted Claure to the project. In addition, Claure also owns South American club Bolivar and sits on FIFA's Committee for Fair Play and Social Responsibility.