Galleries Videos CONTACT ADVERTISE
Famagusta 15°
light rain
BUSINESS EDUCATION ENTERTAINMENT HEALTH POLITICS SCIENCE SPORTS TECHNOLOGY
10:58 Kratom Tea: How Is It?
11:46 Office Furniture Products for you!
12:17 Top Clubs, Their Value, Revenue And Current Standings
11:14 Reasons Why Rewarding Yourself is a Good Practice
10:56 What Egypt Has to Offer for US Travelers
12:48 How to Maximize Compensation in Your Personal Injury Case
12:28 How To Use a CBD Vape Pen for Anxiety
05:28 Second-Hand Vaping Is Harmless
05:15 Guide to Vaping and CBD Flower for Beginners
14:55 COVID-19 Recovered Ronaldo and Zlatan outshining everyone in Serie A
BIST
1325
GOLD
460.552
USD
7.9493
GPB
10.6074
EUR
9.4663
Breaking News
Tips & Trick To Buying Jewelry Items Without Spending Much
Close

TEMPE, Ariz. – While the rest of the football world speculated one way or the other, Arizona Cardinals general manager Steve Keim felt all along that his two most prized players – quarterback Carson Palmer and wide receiver Larry Fitzgerald –... 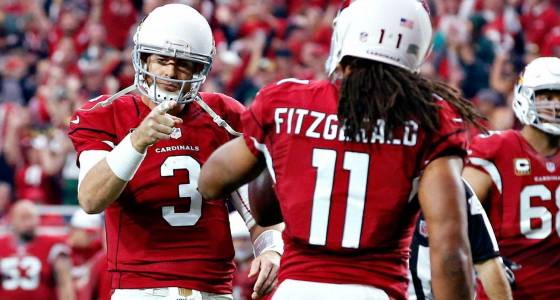 TEMPE, Ariz. – While the rest of the football world speculated one way or the other, Arizona Cardinals general manager Steve Keim felt all along that his two most prized players – quarterback Carson Palmer and wide receiver Larry Fitzgerald – would be back for the 2017 season.

Call it intuition or just a GM’s sense. Keim had a hunch.

“I would’ve bet that they were going to play just because I know how both of them are wired,” Keim said on Arizona Sports 98.7 FM. “There’s no two players in our locker room who are more competitive and more passionate about the game.”

Keim started getting a sense of which way Fitzgerald was leaning during the day of Jan. 9, when Keim and Cardinals president Michael Bidwill were in Tampa, Florida, for the College Football Playoff national championship between Clemson and Alabama. Fitzgerald called Keim to tell him about his offseason, which at the time was a week old, and to ask about a few college prospects and free agents.

As a general manager, Keim loved that one of his top players was calling to discuss personnel.

“He’s a football junkie,” Keim said. “He told me that day that, as much as he tried to get away and take a break, the itch that he’s getting, that at that point, which was January the ninth, [was] getting as strong as ever.

“That was a good indication for me, even though he didn’t say, ‘Steve, I’m back.’”

When it came to Palmer, Keim knew there were still things the veteran quarterback wanted to accomplish. But it wasn’t until the two sat down for dinner and uncorked a few bottles of Caymus cabernet sauvignon soon before Palmer announced he was returning on Feb. 9 that Keim knew for sure Palmer would play a 15th season.

“He certainly, in my opinion, didn’t want to go out the way we went out last year, knowing that we can build a few more pieces to the puzzles and he can bounce back and have the kind of year he had in 2015,” Keim said. “There’s no doubt in my mind that he can do that.”