According to a government study, coral bleaching affected 91% of the reefs along Australia's Great Barrier Reef. 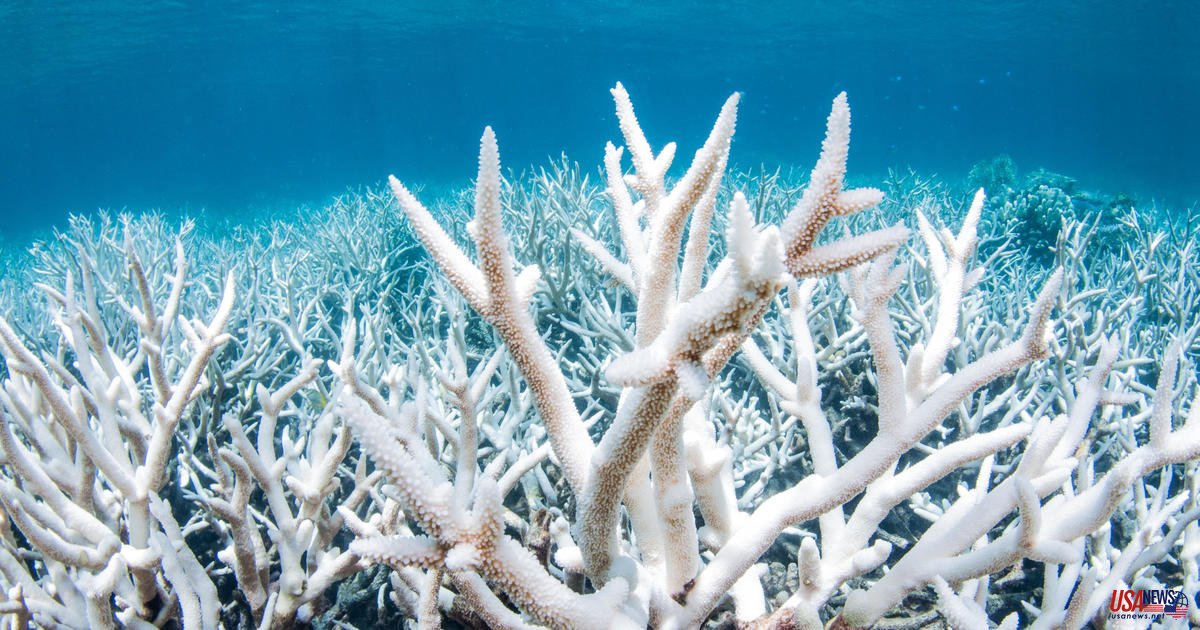 According to a government study, coral bleaching affected 91% of the reefs along Australia's Great Barrier Reef. According to researchers, climate change is the "greatest threat to the Reef" while the warming ocean is the key reason for the recent mass bleaching.

The study concluded that "Climate Change is increasing, and the Reef already experiences the consequences of it." "Unfortunately, the events that disrupt the reef are becoming more frequent and leaving less time for coral restoration."

The annual Reef Summer Snapshot was conducted by the Great Barrier Reef Marine Park Authority and the Australian Institute of Marine Science. It included surveys of 719 reefs in different regions. Surveys from the air revealed that coral bleaching was occurring on 654 reefs.

According to the study, bleaching was most severe in the central region. This includes reefs from Cape Tribulation up to the Whitsundays. The southern region experienced "highly variable" bleaching. Some shallow-water coral communities reported no bleaching and others suffered from "major or severe community bleaching." In the northern region, shallow water coral showed varying degrees of bleaching from mild to severe.

According to the report, the mass bleaching event that occurred across the Great Barrier Reef was the fourth in seven years. It also happened under La Nina's climate pattern, which brings cooler water into the ocean.

Researchers also stated that the mass bleaching was caused by above-average water temperatures.

Scientists said that December was Australia's summer and the Great Barrier Reef's water temperature exceeded the historical averages for the hotter summer months. From the beginning of April to the end of August, ocean temperatures continued their climb with three heat waves causing thermal stress on reefs.

The study also identified other stresses that coral reefs face, including storms and cyclones, flood plumes, and crown-ofthorns starfish, which is a native predator of coral.

Dr. Lissa Schindler was the campaign manager at the Australian Marine Conservation Society and called the findings "devastating."

She said Wednesday that bleaching is increasing in frequency, but this is not normal. "We must break the new norms which are breaking our Reef."