CaptionCloseFlynn questionsWhy would Mike Flynn discuss sanctions with the Russians if he knew there was an ongoing investigation by the CIA, FBI, etc?Assuming he knew, how could he not recall his now-disclosed discussions?Jorge de la GarzaThose other liesRe:... 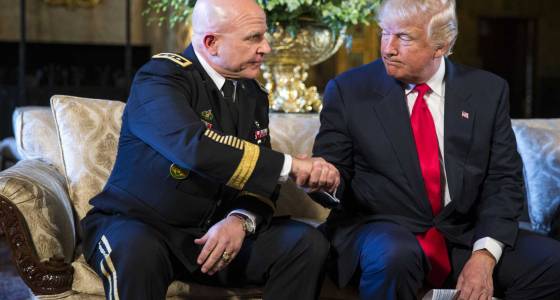 Why would Mike Flynn discuss sanctions with the Russians if he knew there was an ongoing investigation by the CIA, FBI, etc?

Assuming he knew, how could he not recall his now-disclosed discussions?

Re: “Trump’s lies will flow until backers feel their impact,” Richard Cherwitz, Other Views, Feb. 6:

I wonder where his outrage was for the last eight years when President Barack Obama spun his whoppers. Remember “shovel-ready jobs,” “you can keep your plan, you can keep your doctor, premiums will go down,” the red line for chemical weapons in Syria? Maybe it is his evil twin setting the red line.

Was Professor Cherwitz sleeping the year and a half Secretary Hillary Clinton continually lied, often changing her story, about receiving and sending classified information on an unsecure system? Who thinks the secretary of state can conduct our country’s highest diplomacy on an unsecured system?

Did Professor Cherwitz not observe the sleaze in the Democratic campaign when the DNC chairwoman was forced to resign because she favored Clinton in the primary process and her replacement was fired from CNN for giving debate questions to the Clinton campaign?

I did not vote for Trump or Clinton; clarity is the only dog I have in the fight.

Re: “Trump’s signals,” Your Turn, Monday:

I thank the letter writer for this astute definition of Donald Trump’s hand signals. I cut out the letter and will keep it handy. Since I always hit the Trump/mute button when El Trumpo is speaking and see only the moving, flailing hands, I will now have a pretty good idea of the size of the lie. Takes the guesswork out of my viewing experience.

Before I take anyone to the Alamo, I highly recommend they see the movie “The Price of Freedom,” which plays next door to the Alamo at Rivercenter mall.

The movie gives a wonderful perspective of the Alamo experience.