In the early 1950s, Willie J. Barney parlayed a demand for rhythm and blues records by black artists that were sometimes hard to find into several record stores and record labels."He started selling records out of the trunk of his car around 1953,"... 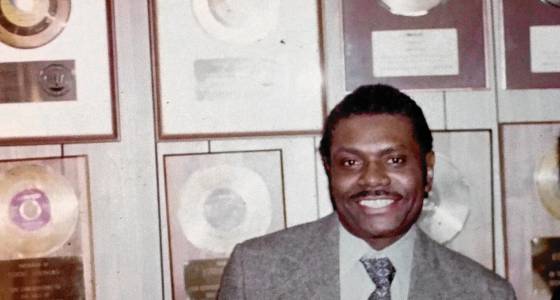 In the early 1950s, Willie J. Barney parlayed a demand for rhythm and blues records by black artists that were sometimes hard to find into several record stores and record labels.

"He started selling records out of the trunk of his car around 1953," said his daughter, Anayah Sangodele-Ayoka.

From that humble beginning, Barney opened up several record stores and by the mid-1960s was, with partners, producing 45 rpm records under labels that included 4 Brothers (sometimes Four Brothers) and Bright Star.

Barney, 89, died Feb. 20 in Mount Sinai Hospital after a cardiac arrest in his Chicago home, his daughter said. He was a longtime resident of the Lawndale neighborhood.

Barney, who came from a sharecropping family, grew up in Parkdale, Ark. He came to Chicago as a young man — "trying to make his way in the big city," his daughter said.

Realizing the unmet demand for records by black artists, Barney developed connections to some of the record labels so he could buy music directly from the producers.

By 1953, he was selling records from the trunk of his car, following up with the first of his several record stores. Barney's Records sold records retail but also became a leading distributor of rhythm and blues and soul music.

In the mid-1960s, Barney, along with partners Jack Daniels and Granville White, became record producers, putting out 45s of such artists as G. L. Crockett, Sam & Kitty, Andrew Brown and Tyrone Davis.

White's son Maurice said he thought the partners had produced some 60 titles over about three years in the mid-1960s.

"It was soul music at that time," said Maurice White, who is not related to the late Maurice White of Earth, Wind & Fire.

"He was a beacon in the black community," White said of Barney. "A man to look up to, a very strong black man in terms of the sense of his convictions and his business ethics."

Barney closed his record business in the early 2000s.

Convinced of the health benefits of vegetarianism, Barney established New Life Health Foods and Restaurant in the early 1980s, hoping to share those benefits with others on Chicago's West Side. His son Raymond is continuing that effort.

His two marriages ended in divorce.

Megan is a freelance reporter.