Who Is Ashley Moore? Justin Bieber Seen Getting Close With 23-Year-Old Model

If you’re looking to find out who Justin Bieber is dating, you may have to look no further than recent photos of him out for a hike.Caught by TMZ, the “Sorry” singer could be seen running down a trail with Ashley Moore at his side. In one photo,... 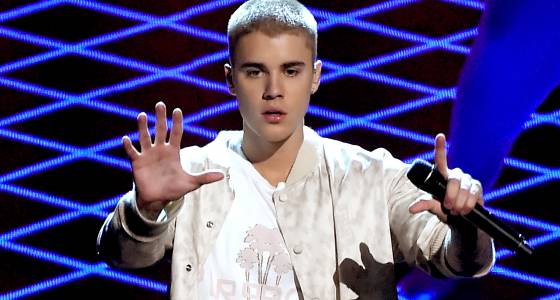 If you’re looking to find out who Justin Bieber is dating, you may have to look no further than recent photos of him out for a hike.

Caught by TMZ, the “Sorry” singer could be seen running down a trail with Ashley Moore at his side. In one photo, the two can be seen walking on a sidewalk while another photo shows Moore grabbing Bieber’s arm. It’s not the first time the two have hung out, but if you’re wondering who she is, here are some things to know about the 23-year-old model.

In 2015, the two were spotted at a Los Angeles Clippers game. Justin could be seen sitting on Moore’s lap, playing with her hair and giving her a kiss on her forehead. It was the second time the two hung out together with the first time being in 2013 when they were caught out on a lunch date.

2. She Started Modeling Five Years Ago

In an interview with Oyster, Moore revealed that while living in North Carolina, she knew she wanted to model and made the move to Los Angeles. “I made the trip to LA and my mother gave me two weeks to sign with an agency or I’d have to go back home and go to school. I signed with Nous almost immediately and never looked back.”

Moore has obtained a strong Instagram following with 739,000 followers thanks to her modeling photos. But with tons of comments on each of her photos, the 23-year-old doesn’t have time to read them all. “Rarely do I ever read comments,” she told GQ.

4. She Understands The Struggles For Women Of Color In Fashion

As a half black, half white women in the fashion industry, Moore understands the issues of diversity. “I have a very different look, and I’m not your typical girl next door,” she told Oyster. “I have big curly hair and a unique face, and I do feel that finding success is harder for women of color.” While she knows diversity isn’t always accepted, she believes it is slowly changing.

5. She Appeared In An Andy Samberg Movie

Moore has aspirations of acting, but so far her only role has been in the Andy Samberg film, “Popstar: Never Stop Never Stopping,” which is clearly an allusion to the Justin Bieber concert documentary, “Justin Bieber: Never Say Never.”