When he wanted to motivate members of Congress to vote his way, former President Lyndon Baines Johnson lived by the adage, “Don’t tell a man to go to hell unless you can send him there.”And, whether you’re talking about Johnson when... 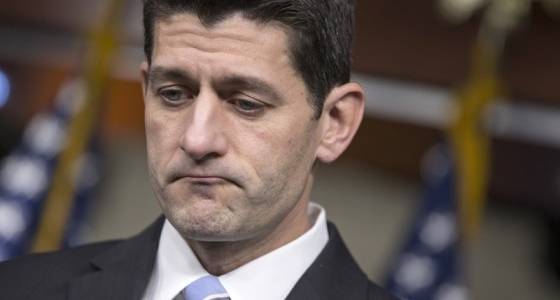 When he wanted to motivate members of Congress to vote his way, former President Lyndon Baines Johnson lived by the adage, “Don’t tell a man to go to hell unless you can send him there.”

And, whether you’re talking about Johnson when he was Senate Majority Leader or President of the United States, he had more power to send people to hell than Saint Peter. Every once in a while, he’d have to banish someone to the fiery pits, but, more often than not, the pressure worked and votes broke his way.

But that was back in the day when congressional leadership had genuine power over their members. If congressional leaders needed a member’s vote, they had sweeteners to make it a deal that was impossible to refuse — but if they still didn’t come around, there were a million different ways they could make life very difficult on that wayward legislator.

Well, times have changed and congressional leadership doesn’t have the same pull with their caucus that they once did. To put it simply, a combination of modern technology, a shift in how campaigns are funded and good government reforms have taken away most of leadership’s carrots and sticks.

This new reality was on full display during the unsuccessful vote on the American Health Care Act in the House of Representatives.

Former Congressman Trey Radel, author of the book “Democrazy: A True Story of Weird Politics and Fancy Finger Food,” told me this fact of life will cause Speaker Paul Ryan fits in perpetuity.

“The carrots used to be earmarks. The Republicans, when they swept the House in 2010, got rid of earmarks. Earmarks used to be there to make deals. Earmarks were how congressmen were able to take money and appropriate it within their own district. They can’t do that now, so they can’t strike any deals,” Radel said.

The libertarian-leaning Republican was quick to point out that while “it’s true that earmarks were once abused ... the problem is that you’ve got no more carrots now.”

Radel also believes that any “threats” coming from the Speaker’s office are merely hollow. “[T]he stick approach used to be: Leadership would tell you ‘we aren’t gonna raise money for you anymore.’ These days, because of multiple factors, including social media and outside groups like 501(c)(4)s, like the Club for Growth and Heritage (Action), they can come in raise you boatloads of cash and they love it when you give the middle finger to your own party’s leadership.”

Just before Speaker Ryan canceled the scheduled House vote on the American Health Care Act, the Washington Post estimated as many as 32 Republicans — and all of the Democrats — were prepared to vote no, in defiance of his pleas.

The former legislator feels that the winds of change sweeping through Congress are the direct result of new technology: “[T]he internet wrecked so many different business models; the internet has been able to directly affect politics in terms of the carrot and stick,” he analyzed.

He also predicts we could see more big votes experience the same fate. “You have a Republican Party right now, which I believe showed that it’s going to be very, very hard for them to come together and govern. The pressure [on members] can’t be there,” he said.

If Radel is correct, that spells big trouble for upcoming legislation dealing with tax reform, infrastructure spending and raising the debt ceiling.

Speaker Ryan’s legacy rests on pushing these legislative packages through the Congress. If his carrots and sticks aren’t producing the needed votes, he will need to get creative and find new tools.

John Phillips is a CNN political commentator and can be heard weekdays at 3 p.m. on “The Drive Home with Jillian Barberie and John Phillips” on KABC/AM 790.