This story has been updated Environmental groups are ramping up the pressure on Oregon Treasurer Tobias Read for supporting a $221 million plan to sell the Elliott State Forest. Conservation groups are rallying Thursday outside the Capitol and are meeting... 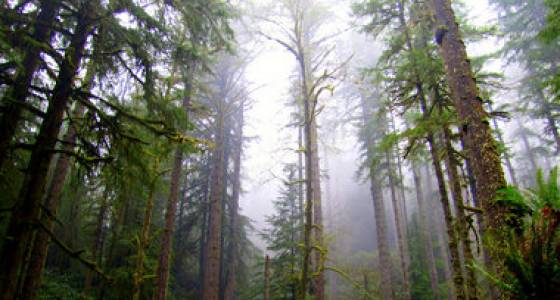 This story has been updated

Environmental groups are ramping up the pressure on Oregon Treasurer Tobias Read for supporting a $221 million plan to sell the Elliott State Forest.

Conservation groups are rallying Thursday outside the Capitol and are meeting with lawmakers, and Read.

Last week, Read threw his support behind the proposal to sell the 82,500-acre state forest to a Douglas County timber company and a coalition of tribes, a move opposed for years by statewide environmental organizations.

Read, a Democratic former state representative, said while he understands the hurt feelings, he doesn't plan on changing his opinion.

"It's not an outcome that I celebrate or am happy about, "he said in an interview Wednesday.

Read joined Secretary of State Dennis Richardson in backing the controversial sale, while Gov. Kate Brown has pushed for an alternative in recent weeks that would keep the land in public hands.

For the environmental community, Read's vote is viewed as a betrayal that comes just weeks into his tenure as one of state government's top elected officials. Read, Richardson and Brown comprise the State Land Board, which dictates state land policies.

The Oregon League of Conservation Voters circulated a note to members saying they couldn't believe Read supported the sale. "To say that we were shocked is an understatement," the statewide advocacy group wrote. On social media sites, conservation groups circulated a #betrayedmyvote meme with Read's face. Oregon State University's College Democrats penned a piece on Medium saying they were "greatly disappointed" because the group had listened to him promise to protect" the forest during his campaign.

The former lawmaker had landed the conservation group's "Innovator of the Year Award" in 2015 in part for his efforts while in the Legislature to protect the Southwest Oregon forest and other public lands vulnerable to privatization.

Read described the more than two-year plan to sell off the Elliott as the "manifestation of a constitutional anachronism."

The Elliott forest is required to produce revenue for the Common School Fund, a statewide endowment that funds K-12 education. For years, the forest was a cash hog for the fund, which is now valued at more than $1.5 billion.

But starting in 2013, the forest lost money for two years when logging revenue plummetted on the southwest Oregon forest after environmental groups argued the state was violating the Endangered Species Act. As logging crashed, Oregon state wasn't making money off the Elliott and tried to sell it shortly thereafter.

That financial obligation guided his vote, Read said. "'I didn't feel that I would be living up to my fiduciary responsibility by casting aside a plan that the department has deemed to be responsive."

The sale isn't a done deal.

Brown has pushed for an alternative plan that would include $100 million in state bonds to decouple certain areas of the forest from the Common School Fund to keep them in public hands.

The proposed buyer, Lone Rock, has pledged to keep at least half of the forest open to the public.

When asked how he squares his vote to approve the sale with a 2015 effort to pass a legislation similar to a Washington state policy, which creates a mechanism to keep lands that are required to make money for the state in public lands without privatizing them, Read said he's in a different role now.

"I encourage the Legislature to look at it," he said of the land transfer issue.

Read also introduced some amendments to the plan, included a proposal that would allow Oregon to buy back some portions of the older forest for $25 million to create a state park.

Selling off the public land then buying it back is good financial policy as well, Read said, because it gives the state "additional time" to put together a proposal. "It's actually easier if you're going to use bonding authority to do that," he said, "to buy something you don't own.

The land board is expected to meet again in April, and Brown asked the state land agency to present a new option to keep the forest in public ownership.