Until the arrest this month of a suspect in the killing of jogger Karina Vetrano, her family suffered doubly — once for her death, and again because not everything possible was being done to find the killer.Vetrano’s father Philip pleaded to let cops... 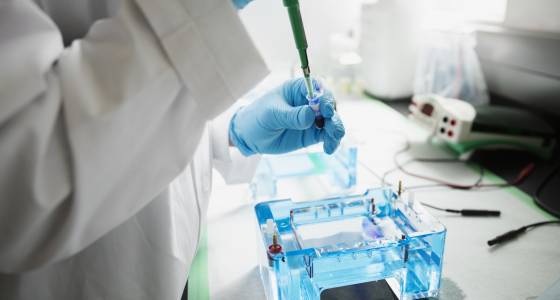 Until the arrest this month of a suspect in the killing of jogger Karina Vetrano, her family suffered doubly — once for her death, and again because not everything possible was being done to find the killer.

Vetrano’s father Philip pleaded to let cops use a “familial DNA search,” a new tool that might’ve helped ID the culprit. But that required a state commission’s OK.

Mr. Vetrano was still gathering petition signatures to get that approval when cops got their man without the search. But why make detectives get any OK to use this tool?

A familial DNA search uses crime-scene evidence to track suspects whose own genetic fingerprints aren’t in any databases; the DNA found on or near a victim can suggest that the perp is a close relation of someone whose DNA is on file. It’s only a lead — but it can provide a breakthrough. Yet New York rules don’t allow cops to try.

In the 11 states that do allow familial DNA searches, they’ve already proven invaluable. They helped ID California’s “Roaming Rapist,” who attacked 10 victims, for instance, and LA’s “Grim Sleeper” serial killer. In Ohio, they led to the arrest of a man accused of child sexual assault and other crimes.

Many of New York’s thousands of cold cases might be cracked by familial DNA searches. Standing in the way are theoretical civil-liberties fears of threats to privacy and supposed risks to innocent relatives caught up in such investigations.

The state’s Commission on Forensic Science is expected to decide the matter in the next few months. The sooner it makes the change, the safer New Yorkers will be.