‘Supergirl’ Season 2 Spoilers: Will Kara’s Earth-1 Doppelgänger Ever Make A Cameo In ‘Arrow’ And ‘The Flash’?

Fans of CW’s DC TV universe should not expect any cameo appearances from Earth-1 Kara (Melissa Benoist) on “Arrow” and “The Flash” anytime soon. There are also no current plans for Earth-38 Oliver (Stephen Amell) and Earth-38 Barry (Grant Gustin)... 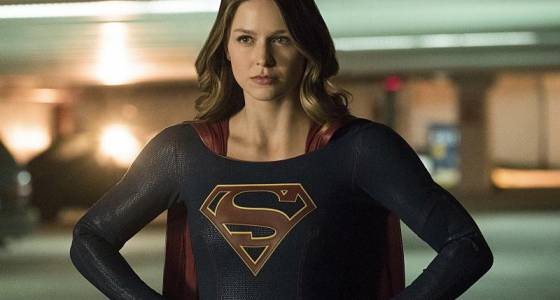 Fans of CW’s DC TV universe should not expect any cameo appearances from Earth-1 Kara (Melissa Benoist) on “Arrow” and “The Flash” anytime soon. There are also no current plans for Earth-38 Oliver (Stephen Amell) and Earth-38 Barry (Grant Gustin) to cameo on “Supergirl.”

During a recent “Supergirl” screening, Andrew Kreisberg said that he and his fellow producers have discussed seeing the doppelgangers on three shows. They, however, came to a decision to rule out these cameo appearances — at least for now — for future mini cross-show visits.

“The problem with that is if we do that once, we’re going to open the floodgates of insanity,” Kreisberg said (via TVLine), adding that there would have to be “a really good story” for such cameo appearance.

In DC Lore, Power Girl is basically a version of Kara from an alternate universe. But as comic book fans know, Power Girl is slightly older and sassier than Supergirl. Although their superpowers are basically the same, Power Girl has a more revealing costume than the Girl of Steel. As a matter of fact, Power Girl is infamous for her costume’s “boob window,” which she uses to distract her enemies in combat.

Power Girl, who is also a cousin of Superman, is a member of the Justice League, the Justice Society, Infinity, Inc., Birds of Prey, the Suicide Squad and the Sovereign Seven. The character was created by Gerry Conway, Ric Estrada and Wally Wood and made her debut in “All-Star Comics” #58 in 1976.

While fans won’t be seeing an Earth-1 version of Kara anytime soon, viewers can still expect Benoist to appear in future episodes of “Arrow,” “The Flash” and even “Legends of Tomorrow,” since her character now has an inter-dimensional extrapolator that allows her to travel between Earth-38 and Earth-1 with ease.

“They’ve gotten to the point we wanted to make [future crossovers] a little bit easier,” Kreisberg said (via IGN) of why Kara’s inter-dimensional extrapolator is an important storytelling device. “The next time we do it, it means it doesn't necessarily have to be because Oliver and Barry need Kara; it could be because Kara needs them. … [The portable breach-opener] just gives us another way to come at a story.”