LOS ANGELES — A judge has told former rap mogul Marion “Suge” Knight that his murder trial will begin early next year without any further delays.Los Angeles Superior Court Judge Ronald Coen told Knight and his lawyers Thursday that the... 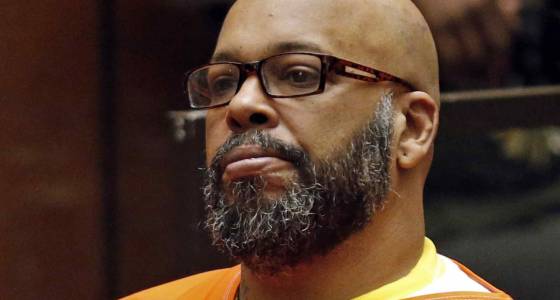 LOS ANGELES — A judge has told former rap mogul Marion “Suge” Knight that his murder trial will begin early next year without any further delays.

Los Angeles Superior Court Judge Ronald Coen told Knight and his lawyers Thursday that the trial would begin in January 2018 and it was set “in stone.”

The Death Row Records co-founder has been jailed since late January 2015, when he turned himself in after running over two men, killing one, outside a Compton burger stand. Knight has pleaded not guilty to murder and attempted murder charge. His lawyers have said he was fleeing armed attackers when he struck the men.

Knight, who was recently hospitalized for complications from blood clots that formed after he was shot in 2014, said Thursday that he was feeling much better.