Reason to doubt the city’s claims of rising school safety

Mayor de Blasio’s office on Monday trotted out happy news about lower school crime rates, along with drops in student arrests and summonses. But do the statistics reflect reality?Start with the drop in criminal summonses: That’s at least partly the result... 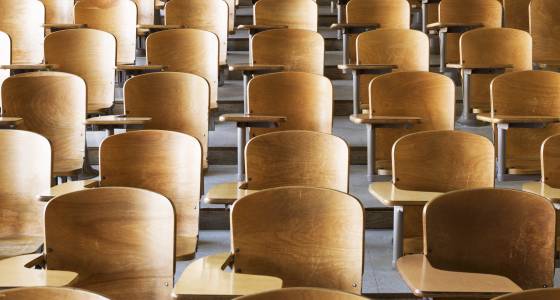 Mayor de Blasio’s office on Monday trotted out happy news about lower school crime rates, along with drops in student arrests and summonses. But do the statistics reflect reality?

Start with the drop in criminal summonses: That’s at least partly the result of the mayor’s “warning cards” program — which hands out the cards instead of summonses to kids 16 or older who get pinched for disorderly conduct or possession of small amounts of marijuana.

Keep in mind, “disorderly conduct” that brings a criminal summons has never meant just running in the halls: Teachers and administrators have plenty of other tools to deal with mere high spirits.

Introduced at five Bronx high-school campuses in fall 2015, the reform brought a one-year decline of 14 percent in summonses for those two offenses at these schools. Overall, it’s now in 70 schools — largely ones with historically high rates of summonses and arrests.

That is, dangerous schools — which naturally are seeing drops in summonses, though that hardly means they’re safer.

That’s one de Blasio reform — not necessarily a bad one, but certainly a change that’s guaranteed only to improve the statistics. The same is true of the across-the-board watering down of penalties in the school discipline code — sometimes over the opposition of the United Federation of Teachers.

All of it sends the clear message to school staff that the higher-ups don’t want them reporting disorder and crime.

Especially when the mayor embraces the idea — pushed hard for eight years by the Obama Education Department — that schools are doing something wrong if minority kids get disciplined at higher rates, and that “unnecessarily” pushing them into contact with the police and the criminal-justice system may doom them to lives of crime.

So we believe City Hall when it says that reported school crime dropped 7 percent in the first half of the current school year, to an all-time low.

Thing is, the mayor claimed school-safety progress last year, too. Yet, as The Post reported, 1,751 weapons were recovered in city schools as of May 2016 — a more than 26 percent increase over 2015.

We’ll continue to worry that the “progress” is an illusion — one that comes at the expense of the majority of students who’d be better protected by a drive to bring real safety gains, not shiny statistics.