As the federal government rested its case Tuesday morning after 5 1/2 days of testimony in the second Oregon standoff trial, it was clear prosecutors had listened to Juror 4 from the first trial. From opening statements through their questioning of witnesses,... 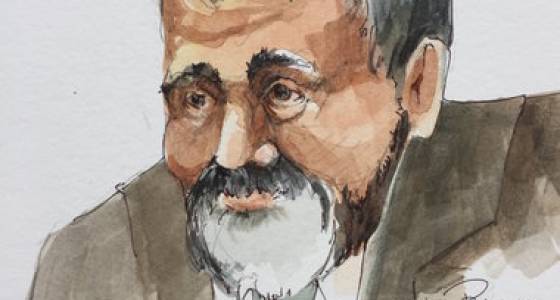 As the federal government rested its case Tuesday morning after 5 1/2 days of testimony in the second Oregon standoff trial, it was clear prosecutors had listened to Juror 4 from the first trial.

From opening statements through their questioning of witnesses, Assistant U.S. Attorneys Geoffrey Barrow and Ethan Knight repeatedly focused on trying to show how the actions of the four defendants now on trial revealed their intent to prevent federal wildlife refuge workers from doing their jobs through intimidation, threat or force.

Barrow told jurors not to expect any evidence of a formal contract or written or verbal agreement between the defendants to conspire - what jurors found lacking in the first trial of leader Ammon Bundy and six others who took over the Malheur National Wildlife Refuge.

Instead, Barrow argued jurors can determine the defendants' intent through their and other protesters' call to arms before the occupation, their Facebook and social media messages about plans to bring more guns to the refuge, their military-like takeover of the property and statements that they didn't intend to leave for years and wanted to give the refuge to the people of Harney County.

The pace of this trial has moved much more quickly, with a streamlined witness list and without prolonged cross-examinations by defense attorneys that extended the first trial to five weeks last fall.

A jury acquitted all defendants in the first trial in a surprising verdict that led one of the jurors - a 44-year-old business student at Marylhurst University identified only as Juror 4 to explain that prosecutors failed to prove the conspiracy charge because of an "absence of intent to impede'' federal workers.

The spectator crowd this time also is much smaller, prompting Duane Ehmer, the only defendant who lives in Oregon, to bemoan on Facebook how few "patriots" are coming to support him and the others, Jason Patrick, Darryl Thorn and Jake Ryan. Expecting a large crowd to watch Ammon Bundy's testimony for the defense later Tuesday, Ehmer wrote, "if your (sic) just coming here to support Ammon then we don't need your fake patriotism.''

The people showing up so far mostly are diehard supporters of the defendants, some who closely followed the initial trial, some court staff and reporters.

They've seen prosecutors make sure to ask refuge employees on the stand if they felt that they could return to their desks during the 41-day occupation last winter.

All said no. Strangers with rifles occupied her office, fish biologist Linda Beck told the jury. Habitat ecologist Jess Wenick said he wouldn't have returned to work even if refuge manager Chad Karges had allowed him to, pointing to armed guards at the front gate and watchtower who seemed to grant entry only to like-minded people.

Prosecutors didn't ignore when defense lawyers in cross-examination got refuge employees or an FBI agent to acknowledge that they never heard or knew the defendants to object to work at the refuge - controlling carp at Malheur Lake, interfering with bird surveys or prep for prescribed fires.

And they were the ones to bring up controversial testimony instead of letting the defense do it.

For instance, prosecutors asked Bretzing about the FBI's use of informants in what seemed to be an attempt to get out in front of a problem that dogged the government in the first trial when defense lawyers unveiled the questionable role some informants played during the occupation.

When they called Burns resident Walter "Butch'' Eaton Jr. -- who had gone with the first group of occupiers to the refuge on Jan. 2, 2016,d but quickly left -- the government didn't leave it to the defense to point out that Eaton sympathizes with Bundy and the defendants - which occurred in the first trial.

When they called refuge neighbor and ranch owner Andy Dunbar to testify about seeing men in the refuge watchtower pointing guns at him while he milked his cows, prosecutors also asked Dunbar about the $2,000 that the FBI paid him to allow agents to use his property for surveillance.

They also added a witness, avid bird watcher Marilyn Miller, who testified that she encountered some of the occupiers, including defendants Patrick and Jake Ryan, target shooting at the Malheur Field Station on Jan. 24, 2016.

The government team dropped other arguments that got steamrolled last time, including claims that occupiers left a huge mess behind. In the first trial, a slew of defense witnesses and refuge visitors testified to the contrary about how neat and tidy the occupiers kept the property.

Prosecutors zeroed in on evidence specific to the charges against the four defendants - photos or videos showing Patrick cutting a barbed-wire fence on the refuge property, Thorn driving a front-loader on the property and a maroon pouch belonging to the Friends of the Malheur National Wildlife Refuge found stuffed under a passenger seat in Ehmer's Chevy Tahoe. They introduced testimony about how Ryan was arrested last April, hiding out in a stranger's shed with a pistol in Clark County.

As the defense starts its case, lawyers are expected to focus on the intent of the occupiers, arguing that each defendant came for his own reasons and that impeding U.S. Fish & Wildlife Service or Bureau of Land Management employees didn't cross their minds.

The defense lawyers will try to show little coordination, planning or agreement between Ammon Bundy and the defendants. They'll also argue that the FBI or sheriff never ordered the occupiers to leave the federal property.

Ammon Bundy was the first defense witness called. He arrived in Oregon over the weekend from Nevada, where he faces trial in the 2014 standoff near his father's ranch with federal rangers.

Another defendant acquitted of charges in the first trial, Kenneth Medenbach, also is expected to testify for the defense.