Santa Rosa’s school board has a thankless task: finding the budget cuts that will hurt least.It won’t be easy.Sonoma County’s largest school district must eliminate $4 million from its $180 million budget before the next school year. Once that job is... 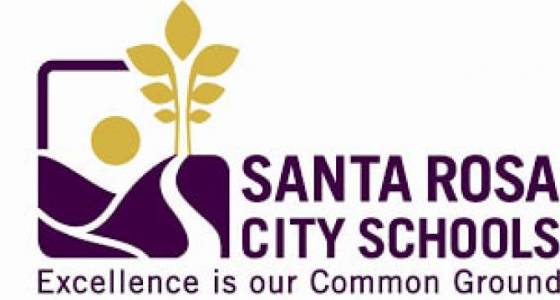 Santa Rosa’s school board has a thankless task: finding the budget cuts that will hurt least.

It won’t be easy.

Sonoma County’s largest school district must eliminate $4 million from its $180 million budget before the next school year. Once that job is completed, Santa Rosa City Schools officials need to identify another $4 million that can be cut from the budget for 2018-19.

No one wants to see cuts in the classroom. However, with 70 cents of every general fund dollar going to employee salaries, and another big chunk to instructional materials, that probably can’t be accomplished.

To the credit of the district’s administrators and employees, a list of proposed cutbacks submitted to the school board this week includes only 13 teaching positions. Half of those could be cut through attrition rather than layoffs, district officials said.

Administrators say they can preserve a 28-to-1 student-teacher ratio in secondary schools next year and maintain all existing Advanced Placement courses for college-bound high school students.

But proposed spending cuts for 2017-18 include $1.5 million for new books and instructional materials at a time when California schools still are rolling out the Common Core curriculum. Also on the chopping block are professional development and restorative justice programs, and the District Showcase, an annual event designed to attract students from outside the district to Santa Rosa schools, could be eliminated.

Enrollment, a key factor in determining state aid for public schools, is one cause of the fiscal crisis. Santa Rosa City Schools’ enrollment has dropped by 540 since 2011, and it’s expected to drop another 134 next year. That adds up to $1.25 million in lost revenue, according to district officials.

If the board doesn’t act, Santa Rosa City Schools is on pace to exhaust its budget reserves by 2019.

The district is one of 34 in the state that has been put on notice that it is at risk of violating a law requiring school districts to maintain reserves equal to 3 percent of general fund spending.

Failing to comply could be grounds for putting the district into state receivership.

Many parents, and even some district employees, were shocked by news accounts in January about the extent of the district’s financial problems. They hadn’t been debated during last year’s school board campaign or discussed in much detail at board meetings.

Over the last month, however, Superintendent Diann Kitamura convened four public meetings on the district’s budget problems and possible spending cuts. The board held a lengthy public hearing this week, and it is scheduled to vote March 1 on budget cuts for 2017-18. A list of the potential cuts and a video recording of the public hearing can be found on the school district’s website, srcs.k12.ca.us.

All of the cuts will hurt. And next year’s cuts almost certainly will hurt even worse.