When it comes to immigration, Americans were equally divided: 43 percent of voters believe immigrants strengthen the country, while 43 percent don’t. Those were the results of a Morning Consult/POLITICO poll released Tuesday morning, after nearly six... 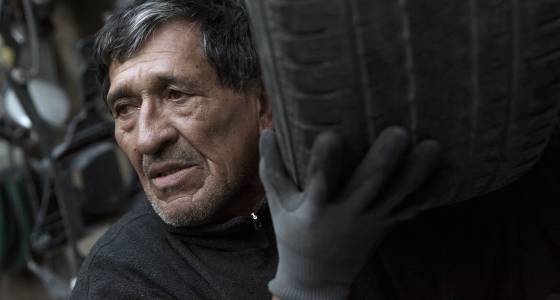 When it comes to immigration, Americans were equally divided: 43 percent of voters believe immigrants strengthen the country, while 43 percent don’t. Those were the results of a Morning Consult/POLITICO poll released Tuesday morning, after nearly six weeks of President Donald Trump’s presidency.

Much of the Trump administration’s focus thus far has centered on who exactly was allowed in the U.S., including a now-overturned ban that would have restricted refugees and immigrants from seven majority-Muslim nations and an order that increased deportations of unauthorized immigrants in the U.S.

The poll was conducted from Friday to Sunday, only a few days after an apparently racist  shooting in Kansas involving a white American man targeting two Indian engineers, killing one, after he mistook them to be Middle Eastern. The shooter, 51-year-old Adam Purinton, reportedly asked the Indian men about their visas and shouted, “Get out of my country!” before opening fire.

The FBI was investigating whether the shooting was a hate crime, but the incident has already been analyzed a consequence of rising xenophobia and mistrust of immigrants in the U.S. Trump has not spoken about the incident, despite calls for him to do so.