New Immigration Laws 2017: Everything You Need To Know About Trump's Deportation Plans

President Donald Trump vowed on the campaign trail to deport millions of undocumented immigrants and strengthen the nation's immigration laws. And now he is doing just that. The White House signed an executive order last month on illegal and legal immigration,... 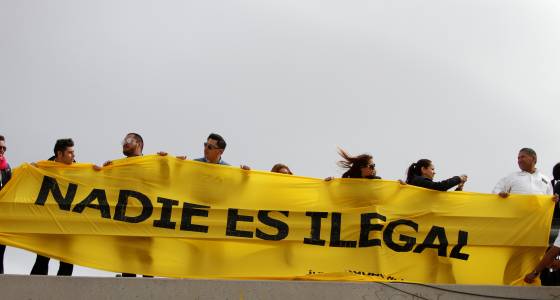 President Donald Trump vowed on the campaign trail to deport millions of undocumented immigrants and strengthen the nation's immigration laws. And now he is doing just that. The White House signed an executive order last month on illegal and legal immigration, and Department of Homeland Security memos made public Tuesday further detailed the president's deportation plans. Here's everything you need to know:

What happens to people crossing the border? Undocumented immigrants caught crossing the border were released into the country during the Obama administration while their requests for asylum were reviewed. But Trump wants to expand detention facilities to hold the thousands of Mexican and Central American asylum seekers who enter the U.S. He could also send them to Mexico even if they are not Mexican, a stance Mexico has said it won't accept.

When will people get deported? Under federal law, the government can quickly deport undocumented immigrants without allowing them go before a judge. But that didn't happen under Obama or former President George W. Bush. The Trump administration said it will use the law to kick people out and tackle a backlog of more than half a million cases in immigration court.

What about children who cross the border? The Trump administration said it will grant them special protections, but their parents will face deportation or even prosecution for putting them in danger.

Are Trump's plans legal? Trump's policies, especially his proposal to quickly deport immigrants, could face legal challenges. "Many of these authorities have never been used that way," said Julie Myers Wood, who oversaw immigration policy under the George W. Bush administration. "The administration is really testing the parameters of what's acceptable. There is some litigation risk there."

What happened to me , if i have final order removal, but vietnam does not except me, is thi new immigration law effect me