Never forget, never repeat mistakes of our past: Letters to the editor

We cannot repeat our mistakes: Thank you, Casey Parks and Samantha Matsumoto, for your companion pieces on the 75th anniversary of the internment of Japanese after Pearl Harbor ( "He was born in Portland. An executive order sent him to a Japanese interment... 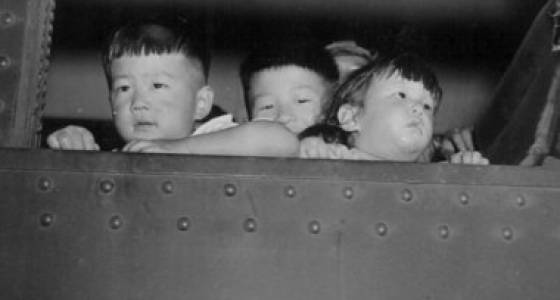 We cannot repeat our mistakes: Thank you, Casey Parks and Samantha Matsumoto, for your companion pieces on the 75th anniversary of the internment of Japanese after Pearl Harbor ( "He was born in Portland. An executive order sent him to a Japanese interment camp" and "4 years at Tule Lake: My grandparents look back on their internment," Feb. 17). Both were touching and heartbreaking. I know well because I was a part of that time and was the age of some of the children sent to the camps. My father was deeply disturbed about the disappearance of his Japanese friends who owned bountiful truck farms to the east of our little island outside Bellevue in Washington state.

As a young girl, I could not understand why they were being sent to camps, as these were our friends and had no part in the bombing or Japan's aggression. When they returned four years later, their farms were gone. Five years later, my good high school friend, Mary Ann Shimono, would talk little of those times. Despite her incarceration, she seemed free of any malice or anger.

Eventually, I passed state department tests to go to Japan to work, but married instead. My husband's brother, during the U.S. occupation of Japan, had married a Japanese woman who survived the Nagasaki bombing. My new sister-in-law lovingly cared for my babies while I worked. Yes, "democracy can be overridden so easily," said Mr. Sakamoto and I'm proud of Portland for becoming a sanctuary city. We were a country at war back then. We are not at war now and cannot repeat the terrible mistakes of those long ago years by removing or banning innocent people from our country.

We shouldn't forget: Thanks to The Oregonian and Casey Parks for the informative and heartrending story of the Sakamoto family's experience in an internment camp during World War II. It is difficult to comprehend now that this could have happened. It shows what fear, prejudice and ignorance can create. Specific groups of people, or people with religions or languages different from what we may be used to should not be treated this way.

During WWll, a German Protestant pastor, Martin Niemoller, ended up in a Nazi concentration camp for speaking out against the regime.  His writing 'First They Came' has survived long past that regime. It pointed out how silence in the face of prejudice and persecution can lead to complicity.

We, as a city, as a community and as a nation have to be vigilant and speak up so that the horror inflicted on the American-Japanese communities on the West Coast during WWll, is never inflicted again on any group of people.

This true story of how Henry Sakamoto, his family and others of our fellow Americans were terribly treated by losing everything and held in internment camps should be taught in every school in the country. We should never forget.