Most Expensive States To Live 2017: Which States Pay The Most Property Taxes? Ratings Show Hawaii The Cheapest, New Jersey The Most Taxed

While Capitol Hill lawmakers spend the coming months arguing tax policy and reform, taxes on property and real estate will be exempt from that conversation as they fall to states and local governments. Real estate taxes can vary widely from... 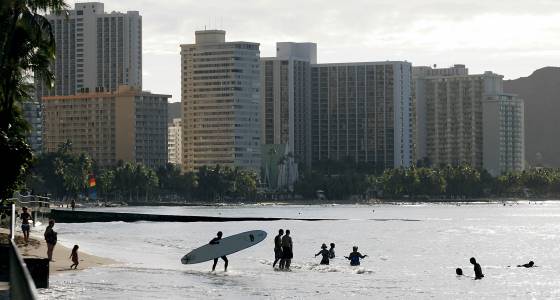 While Capitol Hill lawmakers spend the coming months arguing tax policy and reform, taxes on property and real estate will be exempt from that conversation as they fall to states and local governments. Real estate taxes can vary widely from state to state, and not just in the official tax rate: property value can vary widely depending on where a property is located.

Personal finance website Wallethub crunched the numbers to create a list of effective property real estate tax rates for every state and the District of Columbia, when it released their annual property tax rankings for 2017 Wednesday. To come up with the rankings, Wallethub divided each state's median real estate tax payment by its median home price. They then applied that rate to a house worth $178,600, the median value for a U.S. home, to establish the dollar amount paid on an average home in each state.

Hawaii topped the list as the state with the lowest effective real estate tax rate, which was just 0.27 percent. This translates to a payment of only $487 for a median U.S. house. But Hawaii homes are much more expensive than the U.S. median. The median home value in Hawaii is $515,300, much higher than the state with the next lowest effective tax rate, Alabama, where the median home value is only $125,000.

New Jersey sits at the bottom of the list with the highest effective real estate tax rate in the nation. New Jersey's effective tax rate of 2.35 percent is more than eight times Hawaii's rate. New Jersey's tax rate translates into an annual tax payment of $4,189 for a median value U.S. home.

California, the nation's most populous state, is tied for the 17th lowest tax rate with Arizona (both states have a 0.81 percent effective tax rate). New York ranked 41st, behind Ohio and ahead of Rhode Island with a 1.62 percent rate. Texas was near the bottom of the rankings at 46th.