Kabul: brutality, trauma, and moments of grace for 24 hours

Like everyone else in Kabul's 20-year-old war, the Taliban fighters spent the final moments of the Afghan war looking up at the night sky for flares that would indicate the United States had ended. 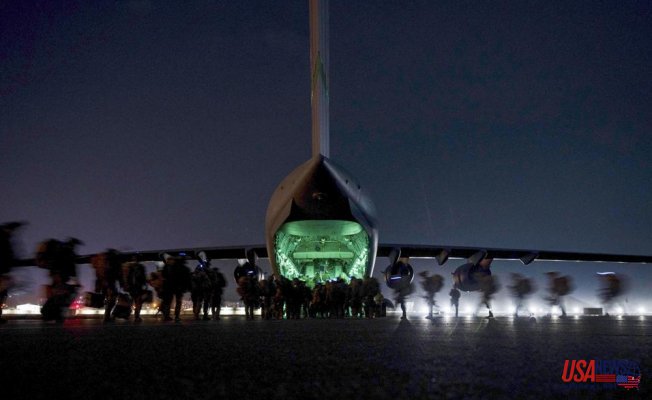 Generals from the United States watched the video screens in the same excitement.

When the last U.S. aircraft took off, relief washed over both the winners and losers.

For those in between and left behind -- possibly a majority of the allied Afghans who sought U.S. clearance to escape -- fear spread about what comes next, given the Taliban's history of ruthlessness and repression of women. And for thousands of U.S. officials and volunteers working around the world to place Afghan refugees, there is still no rest.

The Associated Press in Kabul witnessed the end of war and interviewed people from all sides. They described moments of grace and massive humanitarian efforts.

Two decades of enemies were forced into bizarre cooperation, united in a common goal -- the Taliban was determined to get the United States out. They also wanted to prevent another terrorist attack. Both sides had an interest in the final 24 hours of work.

In that stretch, the Americans worried that extremists would take aim at the hulking, helicopter-swallowing transport planes as they lifted off with the last U.S. troops and officials. Instead, they looked down at the goodbye waves of Taliban fighters from the tarmac in the night-vision goggles.

The Taliban feared that the Americans would rig their airport with mines. The Americans instead left them two fire trucks and front-end loaders that were useful, along with an awful array of U.S. military machinery.

Hemad Sherzad, a Taliban fighter, joined the celebrations from his airport post after several nights of sleepless nights due to the relentless thunder of U.S. evacuation aircrafts overhead.

Sherzad said that they cried for nearly an hour in happiness. "We yelled quite a lot, even though our throats were in pain.

At the Pentagon operations centre, just outside Washington, you could also hear the last C-17 take off. The room was filled with relief sighs from top military officers, even though they were wearing COVID masks. President Joe Biden, determined to end the war and facing widespread criticism for his handling of the withdrawal, got the word from his national security adviser during a meeting with aides.

He said, "I refused to send another American generation to fight a conflict that should have ended long before."

General Mark Milley, Chairman of the Joint Chiefs of Staff was one of those who watched at the Pentagon. He said that all of us feel conflicted by feelings of anger, pain, sorrow, and sadness, but also with pride and resilience.