Is Team Trump dropping the ball on tax cuts?

First the good news: President Trump’s plan to reverse his predecessor’s economic malaise by cutting taxes and slashing red tape seems to be still on the table.Now the bad news: His timetable appears absurdly lengthy, his details pretty thin and the markets... 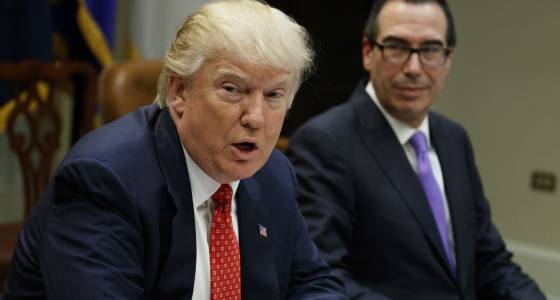 First the good news: President Trump’s plan to reverse his predecessor’s economic malaise by cutting taxes and slashing red tape seems to be still on the table.

Now the bad news: His timetable appears absurdly lengthy, his details pretty thin and the markets are starting to question whether the president intends to keep his campaign promise to improve the economic condition of average Americans.

That’s the takeaway from a series of interviews last week given by Trump’s economic point man, Treasury Secretary Steve Mnuchin.

Will the president cut corporate taxes from 35 percent to 15 percent? Will individuals get their income taxes cut retroactively so they can spend and invest? Mnuchin didn’t say.

What he did say was that the soonest he could get the plan passed is August, but he also suggested it won’t be implemented until late this year or early next year.

The markets, which are designed to price in economic growth, appeared unconcerned; their post-election rally continued, with the Dow hovering near 21,000. But dig deeper and you’ll find some alarming signals.

Usually when the White House talks up tax and regulatory cuts, the markets soar. But that didn’t happen (the Dow moved a few points higher in the days following his statements).

Indeed, Mnuchin gave the president’s naysayers an opening: The smart (and mostly liberal) guys at Goldman Sachs showed they don’t seem to care that the Trump White House is populated by their former colleagues and stated in a widely read research note that the post-election stock-market spike (nearly 2,500 points in the Dow) is “approaching the point of maximum optimism.”

The bond market seems to agree. Prices in recent weeks have also been up (and interest rates lower). That’s another indication that at least some of the smart money isn’t expecting as much future economic growth and that stock prices are inflated.

These investors are pricing in less growth and lower inflation by snapping up bonds that perform better when the economy stagnates.

Of course, putting too much weight on the markets can be a fool’s game. Stock prices were near records at the end of 2007, just before the financial crash. Similarly,
President Barack Obama’s eight years in office produced huge stock-market gains, and yet average Americans toiled with lower wages, too much part-time work and massive underemployment.

But markets often provide clues to where the economy is going: Stock prices rose through the Obama years largely because the Fed kept interest rates low and many investors believed there was nowhere else to get a decent return. Bond prices remained strong through much of the Obama years precisely because high taxes and increased regulations kept a lid on growth and caused under-employment.

Many in Obama’s economic orbit, such as economist Larry Summers, rationalized the slow growth as the byproduct of “secular stagnation”: The economy was reacting to global forces outside its control, and we should all just get used to living like they do in Europe, where jobs are scarce and welfare is plentiful until the economy collapses, as in Greece.

Trump, a businessman and entrepreneur, seemed to know better, and promised to reverse Obamanomics. After his election the markets soared as investors priced into stocks the jolt of expected economic activity.

But is he living up to his promises? After all, he picked Gary Cohn, a former top executive at Goldman Sachs who supported Obama, as head of his National Economic Council over free-marketer and campaign adviser Larry Kudlow.

Mnuchin is said to have sound instincts on tax and regulatory issues, but he also boasted last week that he’s working closely with Cohn, and as such, the tax-cut plan probably won’t be ready to impact the economy until 2018. The message: People like Cohn are prodding Trump to back-seat tax cuts to make room for infrastructure spending.

Yes, Trump has done great things with his executive orders cutting regulations and prodding CEOs to keep jobs here in the United States. But those CEOs are acceding in part because of Trump’s promises on tax and regulatory reform.

Indeed, the minute they think he’s going soft on cutting corporate taxes or that he’s ignoring regulatory reform so he can spend money building a dubious border wall, the job exodus will continue.

True, Trump has only been in office about a month — but a month into Obama’s presidency we knew exactly where he was heading. Time for Trump to settle the uncertainty.
Charles Gasparino is a Fox Business Network senior correspondent. 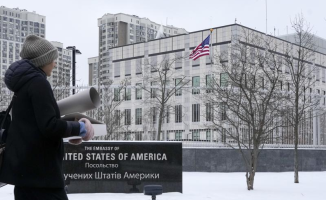