LG Electronics is teaming up with video game developer and distributer Valve on a new VR headset. Valve announced that it will be showing off a prototype this week at the 2017 Game Developers Conference in San Francisco, California.Valve Corporation... 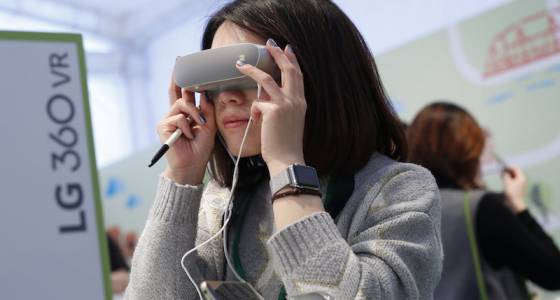 LG Electronics is teaming up with video game developer and distributer Valve on a new VR headset. Valve announced that it will be showing off a prototype this week at the 2017 Game Developers Conference in San Francisco, California.

Valve Corporation first confirmed the partnership with LG with RoadToVR earlier today. The company says that the new VR headset will use SteamVR Tracking technology, and possibly be built on the OpenVR platform.

LG intends to spend its week at GDC 2017 talking with game developers to collect feedback. The VR headset will be available to view at Valve’s booth at GDC 2017, but pricing, availability and launch dates will be shared at a later time.

Valve hasn’t given out the specifications of the device, but it said that it will be “designed to deliver a high fidelity, next generation VR experience,” according to Polygon. The company also confirmed that the new VR headset will be wired and will run on PCs.

This will be LG’s second attempt at penetrating the virtual reality market. It’s first attempt was the 360 VR headset from last year which only worked for its flagship smartphone, the LG G5. Although the device delivered a more compact and lightweight mobile VR experience, it mostly generated negative reviews from critics and never really caught on with mass consumers.

With this new VR headset, it appears as though that LG is planning to take a different approach when it comes to virtual reality. This approach is somewhat similar with HTC, which also partnered with Valve for the Vive VR headset.

LG will officially be the second third-party manufacturer to utilize Valve’s royalty-free SteamVR tracking system, which was previously known as Lighthouse. This makes LG’s upcoming VR headset a direct competitor to HTC Vive in that regard.