Will move Zlatan statue to another country

The vandalized statue of Zlatan Ibrahimovic, who has been raised in Malmö, may perhaps end in Milan. Milan's mayor, Giuseppe Sala, will like to find space fo 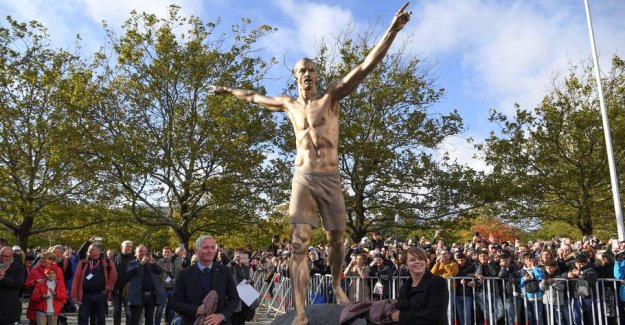 The vandalized statue of Zlatan Ibrahimovic, who has been raised in Malmö, may perhaps end in Milan.

Milan's mayor, Giuseppe Sala, will like to find space for the statue that has been removed from its place after it has been repeatedly vandalized.

The controversial striker has represented both the city's big clubs, AC Milan and Inter, and appears in the moment for AC Milan.

- Even we, Inter fans have many fine memories of Zlatan. I think quite simply, that he is a person, as the entire city has taken to its heart, says Giuseppe Sala to the SVT.

the 38-year-old Ibrahimovic played for Inter from 2006 to 2009 and helped to secure the club to three Italian championships.

- For us italians is Zlatan an idol and a positive role model, which is succeeded in his sport, says Giuseppe Sala: Ritzau Scanpix
the Attacker began his career in Malmö FF in their home country, Sweden, and in October last year, there was erected a three-metre-high statue of him outside the club's home ground.

When Zlatan Ibrahimovic shortly after bought into in the rival, the Stockholm club Hammarby IF, the statue was repeatedly vandalized. Among other things was the foot and the nose hacked off, and there was written invective on the socket before the one in January was overthrown.

- If Milan can help to find a place where the statue can stand, so I am sympathetic, says Giuseppe Sala.

- For us italians is Zlatan an idol and a positive role model, which is succeeded in his sport, says the mayor.

the Swede scored on Sunday a single time, since AC Milan lost 2-4 in a lokalderby against Inter, who had Christian Eriksen on the pitch in the last 20 minutes.