Hospitals bombed on the strip: were all on the UN list

Hospitals and schools should never hit by bombs or attacks. How does it sound in the UN Geneva convention, which should prevent the humanitarian losses in war 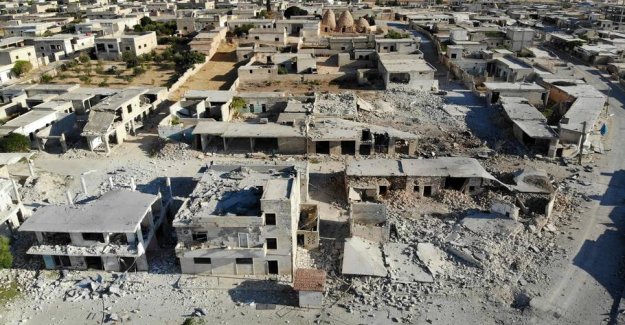 Hospitals and schools should never hit by bombs or attacks.

How does it sound in the UN Geneva convention, which should prevent the humanitarian losses in wars and conflicts. Therefore, to designate the world in times of war and schools, hospitals and buildings housing charities.

this information will be shared with both sides in the conflict, but just the practice now seems to backfire in Syria, where the bombs rained over the particular hospitals in recent months.

the civil War in Syria has entered its final phase with the Assad government's offensive in Idlib province.

But in the offensive there is no distinction between military and civilian targets, according to a new report from the Human Rights.

Since the government 30. april went into the rebel-held area of northwestern Syria, is 46 civilian targets have been hit, including 14 hospitals, which all stood on the UN list.

Now, it is feared that the list has been used to designate targets for syrian and Russian bombers.

- I have come to the conclusion that in the current situation is 'deconflicting' (sharing of information, ed.) not effectively, it sounds from Mark Lowcock, who is the head of the UN humanitarian department.

the Village of Al-Tahh (as of 25. august, after the massive bomb attack. Photo: Omar Haj Kadour/Ritzau Scanpix
a Desperate situation
one of The many attacks on civilian targets have been the united nations security council to take up the case.

30. July, the secretary-general António Guterres, a study of the many attacks on humanitarian targets in Idlib province.

But more than a study, if the attacks must stop, says Susannah Sirkin, who is the director of the organisation Physicians for Human Rights.

- the Situation is desperate. Russian and syrian forces will continue to bomb and break international law, she says according to the media in Foreign Policy.

Doctors in Idlib province says that the daily living with the fear of attack. Therefore was the surgeon Yasser al-Samm in the hospital in Maaret al-Numan also afraid to hand over the coordinates to his workplace to the united nations.

- We had been promised that the hospital would not be affected. But that was it. I knew it was a mistake, he says to the Foreign Policy.

the civil War in Syria is entering its eighth year. Under the Assad government's offensive in Idlib province are least 450,000 people have been displaced from the bombs.

See also: at Least 21 civilians were Tuesday killed by air strikes in Syria