Expert on Danish spy: One of the most important 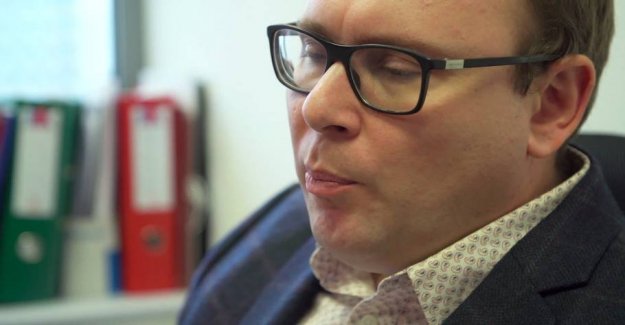 the Spy 'Bret' in Denmark was of crucial importance for Poland's intelligence service during the cold war.

He played a central role - both in the planning of a possible invasion of Denmark and as a spy behind enemy lines, if the Third world War broke out.

It explains the historian Przemyslaw Gasztold from the Institute of National Remembrance (IPN), which has examined the case.

- I will say that he was one of the most important Polish military spies in Denmark. It was not easy to recruit good, loyal spies among Danish citizens. Bret had Polish roots, but was a Danish citizen.

- He was one of the main military operatives, explains Przemyslaw Gasztold and points to Bret several times was in direct contact with the intelligence service headquarters in Warsaw and not only with the local branch in Denmark.

- The local spy-station well-known for his work, but several meetings were governed from Warsaw.

- It stresses the importance of him, says Przemyslaw Gasztold, who is the author of several books about the cold war and are about to delve into the Polish invasion plans against Denmark together with a group of Danish researchers.

here's how Bogdan W. responded, en Ekstra Bladet on Friday again tried to confront him about the past as a Polish topspion. Video reportage: Claus Bonnerup


Przemyslaw Gasztold explains that Bret did important tasks, which was used directly in the planning of a possible invasion of Denmark with nuclear weapons.

- When you are planning a complex attack, you need to collect everything, and then you have the analysts to assess whether it was important. Brets task was to provide everything he could find.

Brets big advantage was that he had Danish citizenship and therefore could more easily move around in the country without coming under suspicion for being a spy.

Especially if the political situation came to a head, and a possible war was in the offing, he would get a starring role in Denmark.

- He was supposed to be a part of the territorial defence at the outbreak of the Third world War.

- His main task was to observe the troops, military ships in the Port of Aarhus, and to observe the mobilization of army troops in the local area and communicate with Warsaw. He should inform about all optrapninger of the war, explains Przemyslaw Gasztold.

here's how the story of the Polish spies were for. Video reportage: Ekstra Bladet TV (Producer: Lasse Brøndal)


Bret - or Bogdan, as his real name is - refuses to Ekstra Bladet, that he ever been a spy for Poland. It assesses the Polish historian, however, there can be no doubt about that.

- It is one of the strategies among the many former spies. They were promised that the documents would never be released.

- in Addition, they were not informed about what the folders contained, and they could not get access to them, so they did not know what was in their folders, says Przemyslaw Gasztold.