DF-koryfæ: This was my worst experience

Søren Søndergaard, who has been chief press officer of the Danish people's Party in 14 years, has mainly experienced boom times. He has been to consolidate one 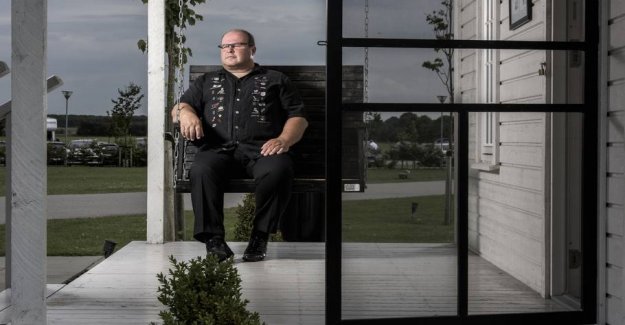 Søren Søndergaard, who has been chief press officer of the Danish people's Party in 14 years, has mainly experienced boom times. He has been to consolidate one of the biggest parties in Danish politics, but at the same time, also seen it begin to crumble.

The latest choice has, however, according to the man himself had no influence on the decision to retire as chief press officer.

- Neither the election results, Meld/Feld or another have meant a notch for my decision. But 14 years at the front is enough. I admit like, to Meld/Feld case and the press coverage of it has been my without comparison the worst experience in my time as a press officer.

And vice versa has it that we won the referendum on the retsforbeholdet in december 2015, has probably been my greatest experience!, he says to Ekstra Bladet.

Regardless of the year, has there been a time in the Danish people's party, the press office, why the soon-to-former chief press officer, looks forward to being able to relax.

- I have in a few years wanted something else, where I don't have the daily responsibility seven days a week for DFs pressebetjening and on top of campaigns and elections and crisis-handling.

- I asked in 2018 Kristian (Thulesen Dahl, ed.), Peter (Skaarup, red.) and our human resources manager (Jeanie Nørhave, red.) that the next election was my last as a press officer. What came in the June 19. I promised to be on the bridge, until a proper replacement was found.

- And he is now in the form of Jesper Beinov. Him I have known for many years, and he is a guttermand, says Søren Søndergaard.

Jesper Beinov has previously been a special adviser to the left-the man Claus Hjort. And that's not going to be any problems with finding things to address, says Søndergaard.

- DF has a good project and a lot of options. It is now just a new press officer, who must exercise them, he says.