the Documentary 'Leaving Neverland', where the two men accusing the pop star Michael Jackson of sexual abuse, has on Saturday won an Emmy. Emmy award is giv 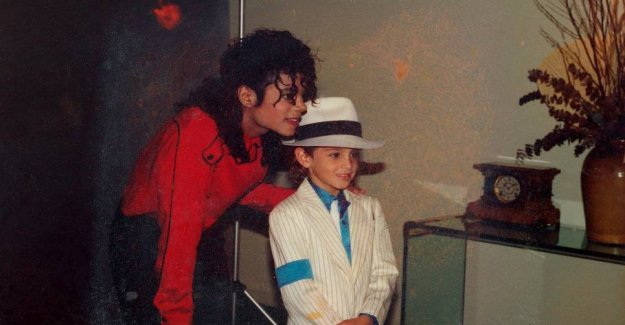 the Documentary 'Leaving Neverland', where the two men accusing the pop star Michael Jackson of sexual abuse, has on Saturday won an Emmy.

Emmy award is given for best documentary, and is presented at a ceremony in Los Angeles, preceding the actual Emmy ceremony, which will take place 22. september.

In the 'Leaving Neverland' is accusing the two american men Wade Robson and James Safechuck Michael Jackson for having abused them sexually at his ranch Neverland, when they were children.

It caused a big stir as the documentary about the pop star, who died ten years ago, was sent earlier in the year, where it also premiered on Danish television.

It was subjected to massive criticism from Jackson's family and fans. They believe that the allegations are untrue, and that it is only to make money from Jackson's name.

the Film's director, Dan Reed, however, has defended the film and explained that he is sure that Jackson was a pedophile.

At Saturday's awards ceremony was awarded several prices, but musikstjernen Beyonce, who was nominated for six awards with his film 'Homecoming', was, in spite of the many nominations no price.

She was among other things, beaten by the filmed version of springsteen oneman Broadway show and talkshowværten James Cordens, who won for a feature with former Beatle Paul McCartney in the 'Carpool Karaoke, where well-known artists singing on their own songs.

the animation series 'The Simpsons' could go home with an award for best animated series, while the makeover series 'Queer Eye' won four awards.

Hovedpriserne at the Emmy awards is awarded to first 22. september. Here leads the 'Game of Thrones' and 'The Marvelous Mrs. Maisel' according to Reuters, the race to win the prize for best drama and best comedy series.

The Danish actor Nikolaj Coster-Waldau is also nominated for best supporting actor for his role in the 'Games of Thrones'.