The news from the Santa Ana Unified School District board meeting should raise red flags for anyone with children in the district’s struggling school system. The board voted, 4-1, to hand out pink slips — i.e., layoff notices — to 287 teachers... 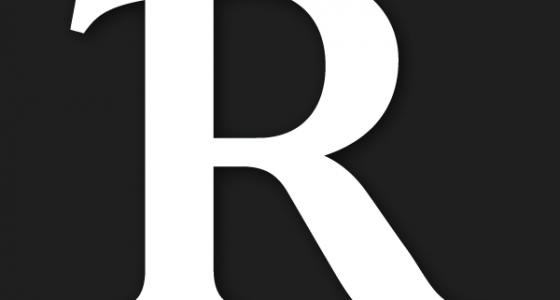 The news from the Santa Ana Unified School District board meeting should raise red flags for anyone with children in the district’s struggling school system. The board voted, 4-1, to hand out pink slips — i.e., layoff notices — to 287 teachers and other educators. The dissenting board member raised real fears of kids being herded into larger classrooms.

The notices are a state requirement. If there’s any possibility the district will lay off teachers this year, it must notify them now. There’s a good chance a smaller number — or none at all — will get the boot. Nevertheless, the vote says a lot about the way public-school systems are designed and about the priorities of the unions that help elect board members.

This is part of the game that’s been played for many years. We’ll wait until May, when Gov. Jerry Brown releases his budget “revise” to see if there’s extra funding headed toward Santa Ana. Even though the district’s enrollment is falling, it serves a predominantly low-income populace and might get extra “local control” dollars. In public education, it’s all about dollars — not outcomes.

For starters, we see from the board vote how willing unions are to throw their younger, more energetic and lower-paid members under the bus. Because of the “Last in, first out” system that teachers unions ardently defend, the potential layoffs are based on seniority. Can you imagine a similar situation at your business? If you faced a cash shortfall, would you then lay off workers without regard to productivity and value?

In Santa Ana, the school board gave teachers a raise that boosted pay by $32 million. School Board member Cecilia “Ceci” Iglesias, the dissenting vote on the layoffs, argues that the board caved in to demands of union leadership — and ignored the obvious declining enrollments that ultimately led to the pink slips. Older teachers will keep their raises, while young ones get laid off first. It’s no secret that unions put the interests of longtime workers above newbies.

To understand why teachers’ unions are so afraid of charter schools, one need only look at the situation in Santa Ana and other poorer districts. Enrollments are falling at Los Angeles Unified School District, also. The schools there often are so troubled that parents will camp out overnight waiting to get their kids into a better school. About half of that district’s falling enrollment can be attributed to charters — or, more specifically, to parents so fed up with their schools that they chose a better alternative.

LAUSD’s approach has been to try to crush these alternatives. I saw this link on the Santa Ana Educators’ Association website: “Learn about for-profit charters and their negative impact on our students and schools!” Unions across the state view healthy competition as a threat, especially in poor districts where there are many iffy schools.

Remember, the priority in these public-school systems is not kids. It is to protect the prerogatives of the bureaucracy. The best way to do that is to whine about crumbling buildings and layoffs until the state sends more cash, or voters agree to raise their property taxes for yet another facilities bond.

When new funding comes, districts often use it for higher pay and benefits and more administrators. After voters OK a construction bond, the first thing to do is pass a “project labor agreement” that gives all the work to union members, thereby reducing a district’s bang for the buck by increasing labor costs by 25 percent or more. To paraphrase Monty Python, any business that did this would be an ex-business.

When asked when he would start putting children first, a late union leader reportedly said something like this: “Once they start paying union dues.” It’s likely the official never actually said this, but the apocryphal quotation still circulates because it captures the problem succinctly. Children are not first — to unions or to districts. There are no “customers” in a publicly funded monopoly.

If these schools were about the kids, there would be no “rubber rooms,” where teachers do nothing and collect their paychecks as they go through the long process of appealing their firing. Districts would be allowed to pay great teachers more than mediocre ones and move them around as needed. There would be fewer bureaucrats and more focus on educational attainment.

And parents would have a choice. They wouldn’t be stuck sending their kids to a school simply because of where they live. We all know competition breeds success, or at least allows consumers to choose what best suits their needs. How would you like to choose a doctor based solely on her proximity to your house? It’s nuts.

So is potentially laying off 287 educators based on seniority, or without first slashing bureaucracy or cutting other costs. Sure, Santa Ana parents ought to work to stop any such layoffs, but the real solution requires much deeper reform.

Steven Greenhut is Western region director for the R Street Institute. He was a Register editorial writer from 1998-2009. Write to him at sgreenhut@rstreet.org.