- The death of the UNITED states

Mr Trump. This is the iranian nation's voice. Listen, sounded the Sunday, from the official speeches in the iranian parliament, Ali Larijani. Then began all 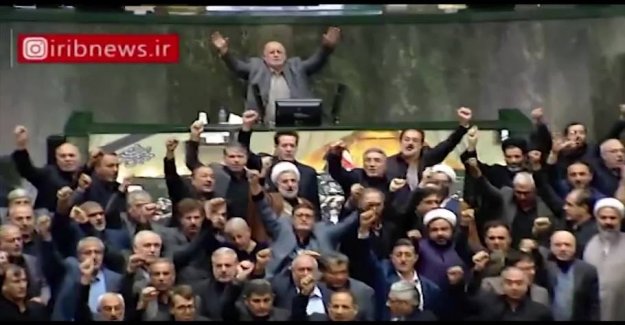 Mr Trump. This is the iranian nation's voice. Listen, sounded the Sunday, from the official speeches in the iranian parliament, Ali Larijani.

Then began all of the attending members of parliament to shout in unison.

Sunday is the body of Iran's militærgeneral Qassem Soleimani has been transported to Iran from Iraq, where he Friday, was killed by a american drone strikes.

There is planned a large funeral for him in Tehran and other cities. The funeral begins Sunday and lasts through Tuesday.

Who was Qassem Soleimani really, and how much power he had? Get the answer here.