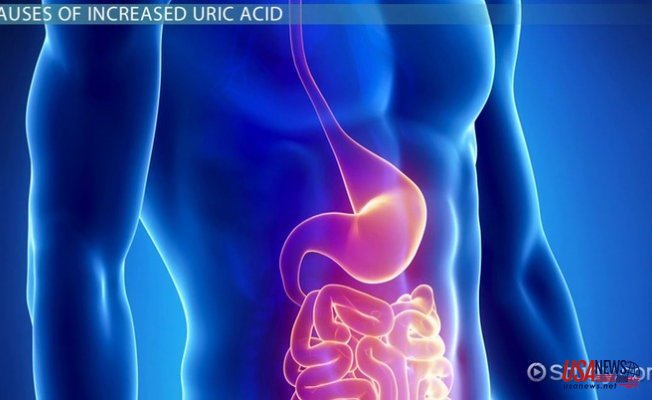 Before getting to know about how high uric acid levels can devastatingly influence health and well-being, it is essential to know about uric acid. Basically, uric acid is a waste product, and it is removed from the body in the form of urine through the kidneys.

Uric acid is the result of the breakdown of chemicals such as Purines. As these chemical reactions are constantly taking place in the body, some uric acid level is normally present in the blood. However, when these levels exceed beyond normal limits, then it results in problems.

Many times it is beyond personal control, and a high uric acid level is actually hereditary. It may also accompany other conditions such as diabetes, obesity, hyperthyroidism, and psoriasis. Furthermore, a bad lifestyle may also result in high uric acid levels. A common example includes a habit of excessive drinking.

There are certain foods that are purine-rich. Excessively consuming such foods on a routine basis can certainly result in high uric acid levels. A few examples of purine-rich food sources include

Research supports a good connection between alcohol intake, gout, and other uric acid diseases. However, not everyone drinking alcohol will develop these conditions. The body breaks down alcohol into purines and hence increases the uric acid level in the body.

In addition to disturbing the levels of uric acid in the body, alcohol is otherwise injurious to health. It is thus very essential to give up on alcohol for a healthier life. A person can acquire addiction treatment from different states. For example, if you are living in Texas, you can get treatment from rehab centers located in Texas to get sober.

Often genetics is responsible for high uric acid levels and diseases associated with it, such as gout, hyperuricemia. You are more likely to develop such issues if these diseases exist in any of close relatives or family members.

The risk factor is further increased with a poor lifestyle. Researchers suggest that other health conditions such as obesity, diabetes, and kidney problems may also result in an imbalance in normal uric acid levels.

In severe cases, the disturbance in uric acid level results in gout and hyperuricemia, but before that, initial symptoms can help in the diagnosis of this issue. Some common symptoms of high uric acid levels include

A person who is either overweight or obese is more likely to develop the issue of high uric acid levels. The kidneys of overweight and obese people have to work even harder to efficiently remove uric acid from the body, and thus weight increases the risk factor.

There are certain medications such as aspirin and immune-suppressing drugs, which also increase the risk factor of developing high-level uric acid in the body. Hence it is very crucial to avoid prolonged usage of drugs and medications. Stop using unnecessary medications because it might result in other health issues.

Though it is rare in many people, previous surgery or trauma may also trigger gout and gout flare. In a few, receiving a vaccination dose may also result in gout.