NEW BRUNSWICK -- The president of a conservative Rutgers University student group said he has received mixed feedback about a flier posted on social media which closely resembled one distributed last year by a white supremacist organization. A flier... 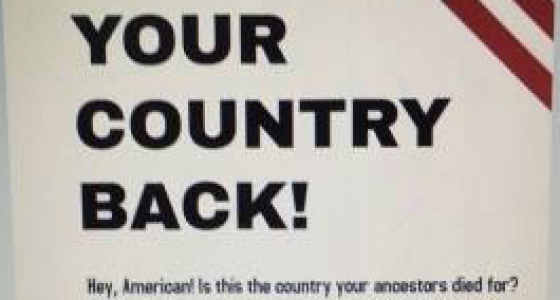 NEW BRUNSWICK -- The president of a conservative Rutgers University student group said he has received mixed feedback about a flier posted on social media which closely resembled one distributed last year by a white supremacist organization.

A flier created by the Rutgers Conservative Union. Dylan Marek

Dylan Marek, the president of the Rutgers Conservative Union, wrote the words on the flier, but admitted he lifted the template from American Vanguard.

Both have the phrase, "Take Your Country Back" in bold letters at the top with part of an American flag in the upper right corner.

"Some was very negative as you'd imagine, whereas some were very positive," Marek said in Facebook message to NJ Advance Media Wednesday about the response the flier has received around campus.

The Rutgers Conservative Union flier includes the words, "Hey American! Is this the country your ancestors died for? Globalists traitors have opened our borders to the third world, sold our jobs out to cheap foreign labor, pushed pointless foreign wars and stripped us of our proud identity as conquerors and pioneers. Join up, it's time to take a stand."

Marek, an 18-year-old freshman from North Brunswick who attended Bishop Ahr High School in Edison, said he saw the American Vanguard's template online and liked the flag design and the bold header.

"Other than that, no reason at all," he said when asked why his group wanted to replicate a design and words used by a group identified as a white supremacist organization.

Marek posted his group's new flier on two Facebook pages of future Rutgers graduating classes, adding the organization attracted five new members to the 80-plus student group in the past two days.

A school official issued a statement condemning the flier left at the cultural center adjacent to the Busch Campus Center in Piscataway.

That flier depicted silhouettes of the Twin Towers and an American flag against a black background with the phrase, "Imagine a Muslim-free America" written across the sign. 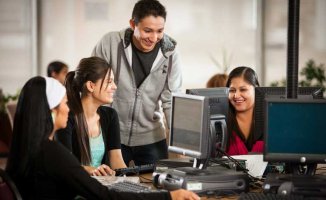 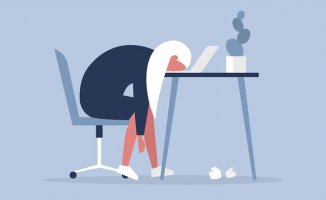 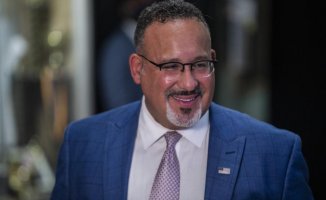