Galleries Videos CONTACT ADVERTISE
Girne 0°
BUSINESS EDUCATION ENTERTAINMENT HEALTH POLITICS SCIENCE SPORTS TECHNOLOGY
08:11 Stick it to “The Man” at the Zero Trust Security Summit
04:37 What to Consider When Starting Your Own Business
10:17 Clover POS System for Dental Offices
06:14 How Mobile Technology is Revolutionizing the World of Poker
20:31 The Importance of Banks in Our Lives
05:46 Things to Consider When Hiring a Criminal Defense Lawyer
09:15 Couple T-shirts are ideal for spicing up relationships
09:01 Laser Tattoo Removal and Its Amazing Benefits
07:58 Consolidate your medical bills with a debt consolidation
19:48 Is your mind a certain people? Elina Tanskanen gives a task, which you...
BIST
122142
GOLD
300.484
USD
5.9403
GPB
7.7662
EUR
6.5530
Breaking News
Why Go for Physical Therapy and How to Find the Best Therapist
Close

What is Bitcoin Cash?

Earlier this month, a new cryptocurrency was created, as Bitcoin’s blockchain was forked to create Bitcoin Cash (BCC) 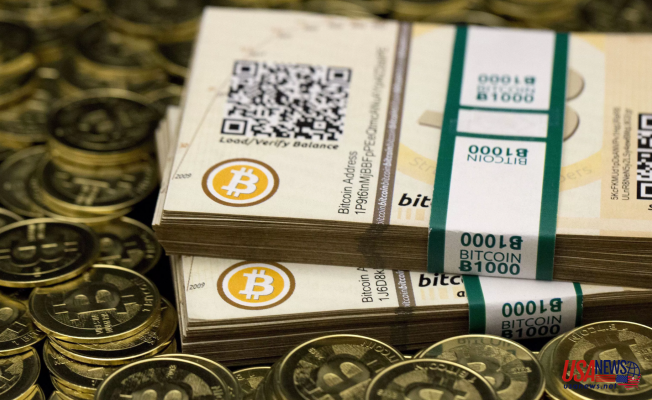 Earlier this month, a new cryptocurrency was created, as Bitcoin’s blockchain was forked to create Bitcoin Cash (BCC) – a fork of Bitcoin that shares all historical Bitcoin transactions, but all future dealings will remain independent from one another.

You’d be forgiven for wondering why exactly BCC is getting such attention given that thousands of cryptocurrencies are now available. However, given that the currency was created by forking Bitcoin core, it now means that Bitcoin investors now have potential access to an equal amount of BCC in the coming months – akin to free money providing that BCC retains any kind of value.

BCC was forked out of the Bitcoin core following months of debate within the community of Bitcoin investors who have talked at length about how to scale this type of cryptocurrency to a wider user base.

The answer was to expand the maximum Blocksize limit parameter of the Bitcoin codebase, increasing it from 1MB – enough for around a quarter of a million daily transactions – to 8MB – catering for almost ten times as many processed transactions per day; with more transactions translating into quicker payments and reduced fees.

How much is Bitcoin Cash worth today?

At the time of writing, BCC is actually worth a decent amount of money on paper. Some exchanges appear to be trading BCC at $400 per coin, which actually ranks it among the top-five cryptocurrencies by market cap in August 2017.

The problem at the moment is that it’s not that simple to sell BCC on the exchanges. Although some of the trading exchanges have already included BCC to trade, liquidity is extremely poor, which may be skewing the true value of BCC per coin at present.

The lack of liquidity is largely due to the fact that trading exchanges aren’t accepting BCC deposits at present, leaving many investors with BCC that they can’t utilise or sell until it can be transferred. On techcrunch.com, many cryptocurrency experts are predicting is that the price of BCC will tank significantly once liquidity increases as investors seek to make cash in on their BCC coins as soon as they can.

Meanwhile, other financial bloggers such as Wolf Richter, of wolfstreet.com, believe that Bitcoin itself and other cryptocurrencies could fall in value, with significant volatility across all exchanges at present. Richter claims its volatility does not make Bitcoin a “usable currency” and believes a crash is quite possible “someday”.

A crash would by no means by a disaster for investors, who may profit long-term from being able to buy at rock-bottom rates at the exchanges and sell much further down the line. Sites such as ForexBonus.com.au are worth keeping an eye on, particularly for financial traders based in Oceania, to receive rebates and bonuses trading Bitcoin and Bitcoin cash for the very first time with well-regulated platforms.

With lots of daily volatility across all major cryptocurrencies at present, it’s a great time to be a Bitcoin trader. Providing you understand technical analysis of the markets, you don’t even need to understand the techno babble!

Why Are Cars Recalled?