US stocks eke out last-minute gain as utilities rise

CaptionCloseNEW YORK (AP) — A late push helped U.S. stocks finish higher Friday after indexes spent most of the day lower. There was far more selling than buying on Wall Street overall, but the Dow Jones industrial average managed to extend its winning... 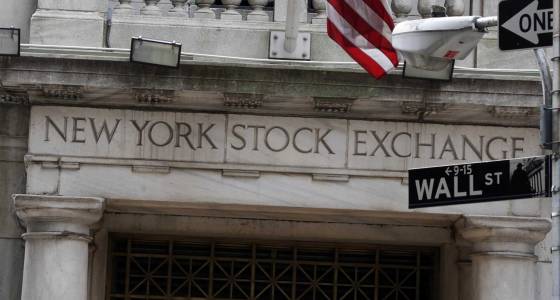 NEW YORK (AP) — A late push helped U.S. stocks finish higher Friday after indexes spent most of the day lower. There was far more selling than buying on Wall Street overall, but the Dow Jones industrial average managed to extend its winning streak to an 11th day.

Energy companies and banks struggled. Investors continued to buy safer assets like government bonds, gold, and stocks that pay large dividends, such as utility and telephone companies. That's been a familiar pattern over the last few days.

After a long string of gains earlier in February, stocks wobbled this week and bond prices jumped, which sent yields down. That hurts banks by forcing rates on mortgages and other kinds of loans lower.

Strategist Jerry Lucas of UBS Wealth Management said a number of factors weighed on stocks Friday. That includes political considerations in the U.S., such as questions about President Donald Trump's upcoming tax reform proposal, and impending elections and corporate earnings in Europe.

"It's the uncertainty of what the ultimate tax package will be ... and how long it will take that package to pass," said Lucas. "The markets don't like all of this uncertainty."

Energy companies continued to trade lower. They've fallen sharply over the last month. The S&P 500 energy company index is down about 7 percent this year while the broader S&P 500 is up almost 6 percent.

Nordstrom jumped after it disclosed a better-than-expected quarterly profit with help from strong sales online and at Nordstrom Rack. Its shares gained $2.52, or 5.7 percent, to $46.46. Kohl's also rose $2.08, or 5.1 percent, to $42.99. That helped consumer-focused companies climb higher.

Hewlett Packard Enterprise, which sells data-center hardware and other commercial tech gear to big organizations, slumped after it cut its profit estimate for the year. Its business was hurt by the strong dollar, expenses, and other problems that it said will be "near-term." HP Enterprise's quarterly sales dropped 10 percent and weren't as strong as analysts hoped. Its stock skidded $1.70, or 6.9 percent, to $22.96.

For-profit prison operator Geo Group rose $1.55, or 3.3 percent, to $48.92 and CoreCivic added $1.03, or 3 percent, to $35.03. Late Thursday, Attorney General Jeff Sessions directed the federal Bureau of Prisons to continue doing business with private prison operators. That reversed an Obama administration policy that sent the stocks tumbling when it was announced in August.

The companies operate detention facilities used by Immigration and Customs enforcement as well as prisons and they get a lot of their revenue from contracts with the federal government. Since Trump was elected president their stocks have soared, as investors expected the Obama-era policy would be reversed while Trump's policies toward immigration and criminal justice would strengthen their business. CoreCivic has climbed 147 percent since the election and Geo Group has doubled in value.

AP Markets Writer Marley Jay can be reached at http://twitter.com/MarleyJayAP His work can be found at http://bigstory.ap.org/journalist/marley-jay