SoftBank invests $1.7B to combine OneWeb, Intelsat into satellite behemoth

SoftBank, the Tokyo-based telecommunications firm that owns Sprint, is investing $1.7 billion to combine Intelsat, a Luxembourg-based satellite company that has offices largely in the Tysons area, with London-based OneWeb. The deal gives SoftBank a 39.9 percent... 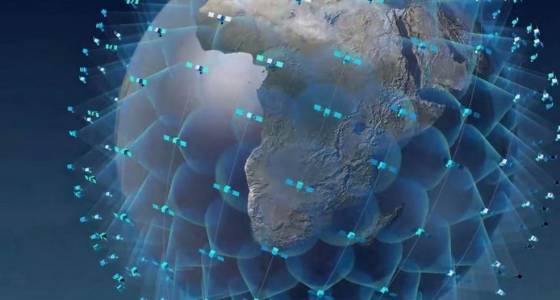 SoftBank, the Tokyo-based telecommunications firm that owns Sprint, is investing $1.7 billion to combine Intelsat, a Luxembourg-based satellite company that has offices largely in the Tysons area, with London-based OneWeb. The deal gives SoftBank a 39.9 percent ownership stake in the combined company.

The deal is reportedly valued at more than $13 billion, subject to a complicated debt exchange arrangement that is to offload $3.6 billion of debts owed by Intelsat.

OneWeb was founded in 2012 and grew with early funding from Richard Branson's Virgin Group and a minority investment from Intelsat, before both were diluted by at least $1.7 billion from other investors including SoftBank. Founder Greg Wyler's stated goal is to entirely erase the so-called "digital divide" in 10 years by launching hundreds of cheap, compact satellites into orbit.

A new manufacturing facility in Brevard County promises to hire close to 3,000 people as part of an earlier investment from SoftBank. OneWeb is based in the United Kingdom but has expanded its production centers in the United States in recent years. OneWeb's largest engineering center is based in northern Virginia, where Intelsat and OneWeb have a large presence.

Intelsat has been sending satellites into orbit for much longer and today boasts a broadband network that serves thousands of organizations. A news release announcing the combination hinted at new applications for the combined company's global broadband network, including connected vehicles and wireless infrastructure.

Satellite company to launch 900 new satellites starting in 2017. It is now hiring for senior level engineers on Florida’s Space Coast.

Satellite company to launch 900 new satellites starting in 2017. It is now hiring for senior level engineers on Florida’s Space Coast.

SoftBank Group Corp.'s Masayoshi Son, sporting a black turtleneck similar in style to the late Steve Jobs, laid out his vision for the future of technology and called for partners to help make it happen at the smartphone industry's biggest annual gathering.

Son reiterated his belief that computers will exceed humans in intelligence in three decades, and that within this period he expects one computer chip to have the equivalent of a 10,000 IQ. "I really believe this," he said at a keynote speech at the Mobile World Congress in Barcelona on Monday. The growth in computer ability was "why I acquired ARM," he said.

An advanced manufacturing facility that will build satellites on Florida's Space Coast could send a ripple effect that would be felt in Orlando and help solidify Florida's place among leaders of the industry.

OneWeb announced a plan Tuesday to manufacture the satellites at a high-tech, 100,000-square-foot...

An advanced manufacturing facility that will build satellites on Florida's Space Coast could send a ripple effect that would be felt in Orlando and help solidify Florida's place among leaders of the industry.

OneWeb announced a plan Tuesday to manufacture the satellites at a high-tech, 100,000-square-foot...

This is more than idle talk for Japan's second-richest man. SoftBank's recent deals include the $32 billion acquisition of ARM Holdings, the chip designer that Son believes will play a key role in the development of artificial intelligence, and a $1.2 billion group-led investment in satellite startup OneWeb Ltd. The Japanese telecoms and Internet company is also in the process of creating a $100 billion Vision Fund with Saudi Arabia and other backers that would make Son one of the world's biggest technology investors.

ARM, already a dominant supplier of semiconductors for mobile phones, will ship 1 trillion chips for devices including cars, TVs and even shoes in the next 20 years, Son said. He said the U.K. tech firm would be increasing its focus on chip security, after revealing video footage of ARM engineers hacking a 4x4 car, and that one ARM engineer managed to hack 1.2 million security cameras during his lunchtime.

SoftBank's investment in OneWeb will help it launch 2,000 satellites to offer high-speed global connectivity, he said.

SoftBank is aiming to close the first round of investment in its technology Vision Fund by the end of this month, people familiar with the matter have said. The initial investments will likely include $45 billion from Saudi Arabia and $25 billion from SoftBank, as well as $1 billion each from Apple, Qualcomm and Oracle Chairman Larry Ellison, they said. The initial round is likely to exceed $80 billion and the timing of the closing may still change, said one of the people.

"We believe the singularity is inevitable and all businesses will be redefined as computers overtake humans in intelligence," Son had said at an earnings briefing in November.