Pure Cycles launches its 35-pound Volta electric bicycle, which is "packed with perks"

The latest in what seems like a near-constant flood of e-bike launches comes not from a startup, but from a conventional bike company that started out building the ultimate in hip urban transport -- fixed gear bikes.There have been quite a few e-bikes hitting... 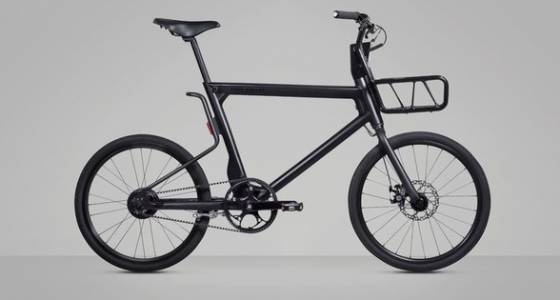 The latest in what seems like a near-constant flood of e-bike launches comes not from a startup, but from a conventional bike company that started out building the ultimate in hip urban transport -- fixed gear bikes.

There have been quite a few e-bikes hitting the scene lately, which is a good indicator of their growing popularity, but many of them come from startups and are re-branded Chinese electric bikes, so this entry from LA's Pure Cycles could be a great sign that traditional bike manufacturers are getting on board the e-mobility train.

Pure Cycles' Volta electric bike is described as being "more than your average" e-bike, and while it doesn't have the longest range ever (but certainly enough for most bike commutes), and it doesn't fold up, it is said to offer e-bike performance in a lightweight package, without being obvious that it's an electric bike. The 35-pound Volta does have a distinctive shape, and rolls on smaller (22") tires, but it hides its 5.8Ah lithium ion battery pack within the frame itself and its 250W rear hub motor is said to deliver a natural balance and performance to the bike (as opposed to mid-mounted crank-drive motors).

"An e-bike is not really convenient if you can’t carry it up the stairs when you get back home. We spent weeks refining the Volta, shaving off weight everywhere possible and developing the sleekest, slimmest, lightest ride we could, without sacrificing range or power." - Pure Cycles

The Volta is offered in either a single-speed belt drive option for a greaseless and silent ride, or a conventional chain drive with an 8-speed SRAM gearset, and features automatic headlights and taillights for visibility, plus an integrated front basket for carrying up to 30 pounds of groceries, bags, or other needful things with you. The top speed for the electric drive is limited to 20 miles per hour, per e-bike regulations. A built-in GPS tracker can be used as an anti-theft (or more accurately 'after-theft recovery') device, as well as feeding ride data into the accompanying app for mapping rides and health/fitness tracking, and a phone push notification system is said to alert owners if someone tampers with the bike.

As far as the range of the bike's battery pack, it depends on the pedal-assist mode selected by the rider, with the Eco mode offering 40 miles per charge, Power mode delivering 20+ miles per charge, or the Smart mode, which is said to "maximize both battery life and power when you need it." The battery pack is "conservatively" rated for 500-750 charge cycles, and a full charge takes about 2 hours.

The Volta, which is only available in black or white color schemes, is being offered to backers of a Kickstarter campaign (which has already hit more than two-thirds of its funding goal) at the $1,399 level, for delivery as early as May of 2017 (early birds). Find out more at Kickstarter or at Pure Cycles.