N.J. lawmakers: Drop limits on how many fish you can catch off Atlantic Coast 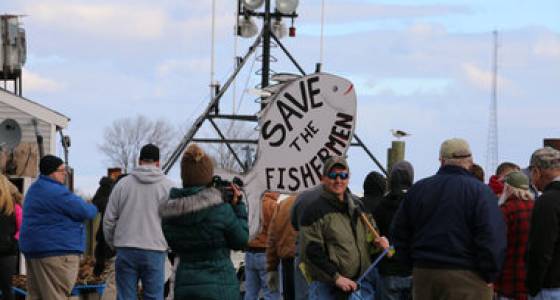 WASHINGTON -- Two New Jersey lawmakers are trying to block the federal government from setting lower quotas for summer flounder off the Atlantic Coast.

Atlantic States Marine Fisheries Commission said it would limit those who fish to just three summer flounders at least 19 inches long, compared with the 2016 limits of five fish at least 18 inches in length.

"These cuts are a body blow to the recreational fishing industry in New Jersey and that is why Congress needs to take action," Pallone said. "The cuts for New Jersey are greater than what NOAA had required for the region, and too many anglers and their families are going to suffer because of them."

The fisheries commission's management board said that summer flounder was being overfished and therefore needed to reduce the amount of fish being caught while also ensuring that the fishing industry could continue to make a living.

The recreational fishing industry contributes more than $1 billion to New Jersey's economy and supports 20,000 jobs, according to Pallone.

LoBiondo said the "questionable methodologies and outdated science" led to the lower limits.

"We are united with the state in fighting these draconian cuts to New Jersey fishermen which allow neighboring states to freely pillage our waters at more favorable limits," he said.