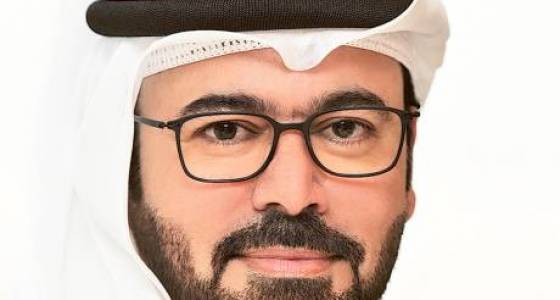 The Group continued to see good operational progress with all businesses performing well and contributing to Group profitability. Net profit increased to Dh6.32 billion, up 8% from Dh5.83 billion, while total revenues increased by 16% to Dh16.84 billion compared to Dh14.53 billion last year.

Mohammad Abdullah Al Gergawi, chairman of Dubai Holding, also announced that after obtaining the blessing of His Highness Shaikh Mohammad Bin Rashid Al Maktoum, Vice-President and Prime Minister of the UAE and Ruler of Dubai. and after having put Dubai Holding on a rapid growth path, his mission as chairman of Dubai Holding had come to an end, paving the way for another talented person to take over, dedicating his full time and effort to his duties in the government.

Shaikh Mohammad commented that the performance of Dubai Holding was exceptional since its inception 18 years back, where it had added creative, innovation based new sectors to our economy by establishing specialised parks in media, content, technology, knowledge, design research and sciences in addition to a world-class name in the hospitality sector.

Shaikh Mohammad added: “We thank Mohammad Al Gergawi for his excellence in the all the responsibilities he was overlooking, his performance in Dubai Holding was exceptional and we appreciate his service to his countries in the different fields.

“Dubai Holding added real value to our national economy, and Mohammad Al Gergawi is a role model for responsible, successful and sincere officials.

“Eighteen years back, we chose Mohammad Al Gergawi through a number of secret shoppers who were following his performance. We gave him the responsibility of tackling a lot of challenges and he succeeded, and we gave him our trust after we saw his dedication and sincerity in servicing his country. He and his distinguished fellow Emirati compatriots are appreciated and thanked for their achievements and dedication.”

Al Gergawi said that the trust of Shaikh Mohammad given to himself and Dubai Holding’s team was the main reason behind the group’s success, and that Shaikh Mohammad’s vision changed the nature of economic projects in Dubai and UAE.

Al Gergawi asserted that Dubai Holding was proud to contribute in translating part of the vision of Shaikh Mohammad, who transformed the face of economy and the way of managing businesses and governments in the region. He added that Dubai Holding projects had become an essential part of the economy and the fabric of life, whereby its strategy proved to be effective in diversifying the national economy.

Al Gergawi thanked Shaikh Mohammad for his trust, support and empowering of him personally and Dubai Holding team. He said: “We are all sincere soldiers in Mohammad Bin Rashid’s and the UAE team and will continue to serve our country forever.”

Al Gergawi took a trip down memory lane to the beginnings of Dubai Holding, sharing his reminiscences: “We started at Dubai Holding 18 years ago in rented offices with used furniture and with a small loan. Today, the group businesses and projects operate in 21 countries, with 22,000 employees working in various sectors.”

He added: “When we first started, we were faced with a challenging situation, as we only had one remote piece of land in Dubai and only a Dh200 million loan. Today the Group’s assets exceed Dh100 billion across different sectors.”

In a letter addressed to his team in Dubai Holding, Al Gergawi said: “Thanks to your efforts and dedication, Dubai Holding played an immense role in changing the face of life to translate Shaikh Mohammad’s vision. Dubai evolved from a city that had one television station to an international media centre, attracting more than 2,000 media organisations and 33,000 experts in the field of media, working and living in Dubai Media City and transforming Dubai to the capital of content creation in the region.”

He went on to say: “We are proud of the Knowledge Village and Dubai International Academic City which embrace over 25,000 students and 400 academic programmes. We also pride ourselves with Dubai Internet City in which 1,400 companies and 32,000 tech specialists work. Moreover, we are proud of Dubai Science Park, which hosts 3,600 experts in biotechnology and pharmaceutical industries. There is also Jumeirah Group, which we are most proud of, as it operates more than 20 hotels, and hold a UAE world-class name in the hospitality sector. We do express our utmost pride in construction and developments projects, including Business Bay, which has become the new business hub in Dubai. What is more, we are proud of our contribution to building smart cities in Dubai, Malta, India and South Korea, which embody our future vision.

“It is true that Dubai Holding has become part and parcel of the Dubai’s economy and lifestyle, thanks to your efforts, work and sincere dedication. This achievement wouldn’t have materialized had not been for the vison and guidance of a great leader; His Highness Shaikh Mohammad Bin Rashid Al Maktoum.”

Al Gergawi concluded his letter to his team saying: “As my mission in Dubai Holding comes to an end, I would like to remind you that you are working for a better tomorrow and a better life, as well as working to achieve the vision of a leadership whose mission is to make their people happy.

Dubai Internet City and Dubai Outsource City welcomed 175 new companies in 2016, including VISA, Samsung Electronics MENA, Huawei and Accenture, amongst others. This is a result of the enabling dynamic environment of TECOM Group’s two business communities, which foster innovation and are complemented by world-class facilities, services and fully integrated infrastructure.

Arabian Radio Network (ARN) continues to strengthen its presence and consolidate its position at the forefront of broadcast media, achieving significant growth across its various activities. In addition to its current portfolio of nine stations, ARN is investing in its digital infrastructure and launching nine new digital radio brands. Across its 18 radio stations, ARN has 3.8 million listeners daily from 200 nationalities.

Dubai Knowledge Park and Dubai International Academic City together welcomed 40 new business partners in 2016. Both entities comprise of 580 partners, forming the largest higher education hub in the region, enrolling 25,000 students from 149 Nationalities. The academic institutions offer a total of 427 higher education programmes and more than 500 certificate and diploma courses, with 24 new programmes introduced in 2016.

Dubai Design District (d3) welcomed 150 new companies, reaching a total of 415 registered businesses in the district, which comprises of 114 local companies; 291 multinational companies; and 82 Emirati entrepreneurs. The total area of commercial office space in the ‘Design Quarter’ had reached an occupancy rate of 84% since its inauguration in 2016. Moreover, d3 is the home of three world-renowned architectural firms, Benoy, Foster and Partners, and Zaha Hadid.

In addition, d3 launched the in5 innovation centre, the third business incubator in the in5 network, which will act as a catalyst for supporting the fashion and design industry in Dubai. Last year, Dubai Institute of Design and Innovation (DIDI) was announced, in association with Massachusetts Institute of Technology and Parsons School of Design, which will offer a first-of-its-kind curriculum aimed to empower students in terms of product design and management, visual arts, media and fashion design.

Dubai Wholesale City signed a Strategic Partnership Agreement with China Commodity City Group, the world’s largest exporter of goods, in China’s Zhejiang Province. The agreement will facilitate mutual trade and investment activities and the exchange of expertise, with a focus on developing wholesale trade destinations and wholesale e-commerce.

Dubai Industrial Park offers 70 state-of-the-art pre-built storage and light industrial unit warehouses to meet the dynamic needs of the region’s thriving manufacturing and logistics sector. Most recently, Leminar Industries inaugurated the largest ductwork manufacturing facility in the Middle East at Dubai Industrial City. Unilever also installed the region’s largest manufacturing plant, where the company will add a ’Made in the UAE‘ label on all locally produced items and will export 80% of it to global markets, including Europe and the MENA region.

As part of its commitment to supporting innovation and the creation of a sustainable future, Dubai Holding participated as a founding entity in Dubai Future Accelerators, the programme by Dubai Future Foundation that focuses exclusively on the identification and deployment of futuristic prototypes and products on a city-wide scale. The programme aims to create economic value through embracing future technological solutions and attracting the best talent from across the world to implement their innovative strategies across multiple sectors in Dubai.

Dubai Properties Group (DPG), is one of the largest fully integrated real estate and community development businesses with a solid track record of developing and managing innovative residential and commercial real estate projects across Dubai.

Last year, the company announced the launch of Marasi Business Bay with a total investment cost exceeding Dh1 billion. The development will feature the region’s first-ever water homes and the longest promenade, and is set to become a major future coastal landmark in Dubai. The company also developed 9km of Dubai Water Canal’s first phase, stretching from the Ras Al Khor all the way through Business Bay to Shaikh Zayed Road with an investment of Dh1 billion. This water passage adds to the city’s vibrancy and further strengthens tourism and socio-economic development of the Emirate.

Jumeirah Central, one of Dubai Holding’s most recent innovations, was announced in 2016 by Shaikh Mohammad/

Located on ShAikh Zayed Road, Jumeirah Central is a Dh73 billion urban mixed-use city district envisaged to become the most accessible, functional and valuable real estate in Dubai. Jumeirah Central will comprise 278 buildings and a combined 47 million square feet of Gross Floor Area (GFA). It will introduce many innovative urban planning and quality of life concepts that are a first in the region.

Recognised as one of the leading hospitality chains in the world, Jumeirah Group owns and manages 21 hotels and resorts in 10 different destinations across nine countries.

In 2016, Jumeirah Al Naseem was launched as the fourth addition to the Madinat Jumeirah resort in Dubai. A unique hospitality offering, the beachfront hotel comprises 430 luxury rooms, 43 suites, 10 restaurants and a range of guest amenities.

Jumeirah Group continues its global expansion, as it signed management contracts for luxury hotels in Turkey and China. In 2016, the Emirates Academy of Hospitality Management celebrated its 15-year anniversary.

Dubai Science Park, the first freezone in the Middle East dedicated to meet the needs of the scientific sector, welcomed 80 new companies. Dubai Science Park is devoted to the innovation-focused businesses and supports a diverse platform of small to medium enterprises (SMEs). Among the most significant new member companies are AIIAL and Mettler Toledo.