China's blue chips posted their biggest single-day loss in two months on Monday after the securities regulator vowed to step up its campaign against speculation and hinted about loosening its grip on new share offerings. Continue Reading Below The blue-chip... 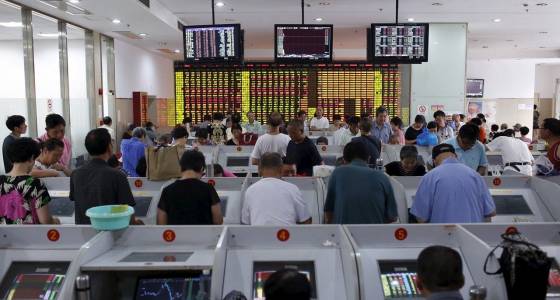 China's blue chips posted their biggest single-day loss in two months on Monday after the securities regulator vowed to step up its campaign against speculation and hinted about loosening its grip on new share offerings.

Liu Shiyu, chairman of the China Securities Regulatory Commission (CSRC), told a news conference on Sunday that the country will focus on stable development of its capital markets this year.

The remarks followed a regulator's move over the weekend to punish the insurance unit of financial conglomerate Baoneng Group for speculative trading, and a 3.48 billion yuan ($506.96) penalty on investor Xian Yan for market misbehavior.

"This shows that regulators are taking a tough stance against speculative trading," wrote Li Lifeng, analyst at Sinolink Securities.

"This will purify China's share market, but will have a negative impact on those stocks with excessive valuations."

Main sectors fell across the board, led by transport shares .