Professor: Fewer will die from air pollution due to coronavirus

Coronavirusset has the positive effect that fewer will die from air pollution this year. It says professor Jørgen Brandt Aarhus University for the Danish news 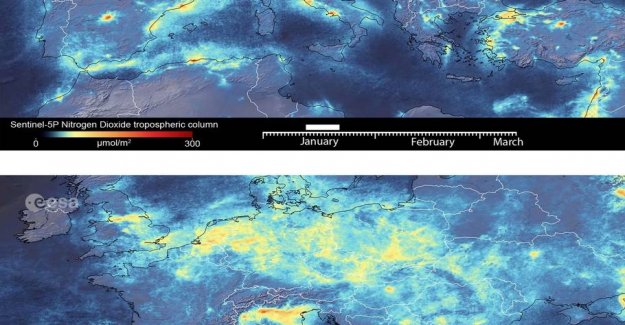 Coronavirusset has the positive effect that fewer will die from air pollution this year.

He has conducted research into air pollution effects and looks, despite the fact that the virus has contributed to a health crisis, i.e. the positive effects on his area of research.

The paradox is that in reality it is many of the same people who will benefit from less air pollution, which is most vulnerable to die of coronasmitte - namely, the people who already are frail, elderly or suffering from cardiovascular diseases, he says to the newspaper.

the newspaper, he says, to about 4200 danes die every year of air pollution.

At the moment, is 1057 persons found infected with the coronavirus in Denmark. 24 people are hospitalized in the intensive departments, where 18 of these individuals are in the respirator.

the Authorities have all the time assumed that these figures will increase. At the same time is expected to be between 0.3 and 1 percent of those infected will depart at death.

Jørgen Brandt do not believe that the authorities are overreacting in relation to coronavirus, but rather that it does not take air pollution seriously enough.

- Because it goes slowly to reduce air pollution, it is something we accept as part of everyday life, while we react strongly and with the fear of something unknown which coronaepidemien, says Jørgen Brandt to Jyllands-Posten.

It is not yet known exactly how large impact the closure will have on air pollution. It is expected that klimaeffekten will be limited, as the societies at a point in time again.