Looking for new astronauts: You don't have a chance

The u.s. space agency NASA is now seeking actively new astronauts, who will participate in the coming year's expeditions first to the moon and later mars. It 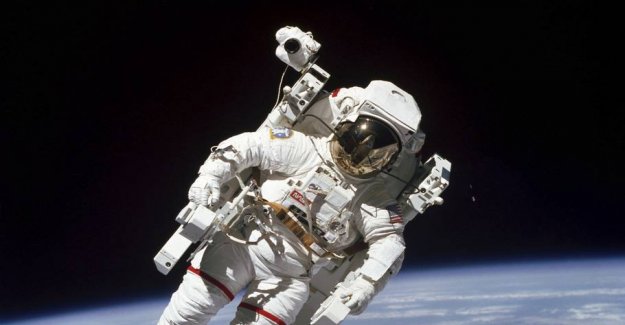 The u.s. space agency NASA is now seeking actively new astronauts, who will participate in the coming year's expeditions first to the moon and later mars.

It is planned that both a female and a male astronaut must land on the moon already in 2024.

- We intend to send the first woman and a male astronaut to the moon's south pole in 2024. We are therefore looking for more astronauts, who can fly to the moon and later to mars, says NASA boss Jim Bridenstine in a just issued press release.

the Battle to get the job will be tough.

Since NASA was seeking astronauts in 2015, put over 18,000 hopeful applicants ticket into the job. Only 11 people reached through the eye of the needle.

It is only us nationals, has a chance to be considered.

The latest team of the newly hatched astronauts celebrate their training in January 2020. Photo: NASA

in Addition to having a degree in, for example, in science, mathematics, or physics, applicants must have at least two years of experience in jobs that are similar to astronauts, or to have flown as pilot in at least 1,000 hours in a jet aircraft.

NASA does not hide the fact that the requirements are soaring.

Applicants will be competing with the thousands of others who also dream to get out of the room. But among all the applicants is that the right people, as we look forward to meeting, says Steve Koerner, who is head of the airborne operations in NASA.

There are currently 48 employees of the astronauts in NASA. But it is not enough to lift the many challenges that NASA faces in the coming 15 years. The new astronauts will get to work on the International Space Station in space. The organization hopes to be able to send a manned vessel to mars in the mid 2030's.

Before astronauts are sent into space they must go through a wide range of demanding, physical and psychological examinations.