Xavi: "This is an injustice, I'm very pissed off" 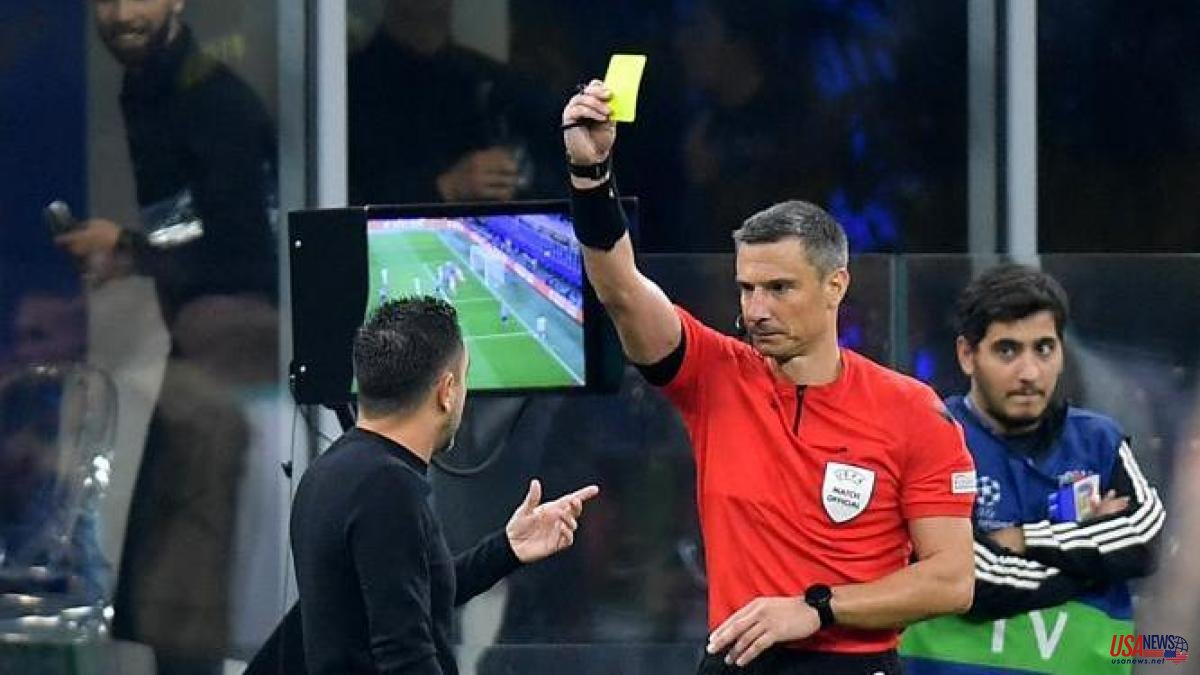 Strain. Dislike. Anger. The three feelings were mixed in San Siro. And not only because of the Blaugrana defeat against Inter Milan. That also. But because there was a special guest at the event that spoiled the party even more for Xavi's Barça. He is the referee Slavko Vincic. Slovenian referee, 42 years old, international since 2010 and who referees in the first League of Slovenia. It was his debut with Barcelona in Europe. Never until yesterday has he been whistled in European competitions. And he could not come out worse considered with two refereeing decisions that could cost Barça dearly in this Champions League. The referee annulled a goal from Pedri due to some innocent hands from Ansu Fati that in no case changed the trajectory of the canary's target. Xavi complained and Vincic showed him the yellow card.

It happens that the Slovenian referee did not have enough. He changed his mind and did not signal a penalty due to clear hands from Dumfries. And Xavi, who always avoids talking about the referees, this time he exploded. He couldn't anymore. And he accompanied his gestures with some harsh words in the press room. "I'm pissed off. I can't hide. I am very outraged by the situation we have had to live. It is an injustice. They should talk and explain themselves to us and also in public because we don't understand anything," said the coach.

The feeling was the same as the players. “They explained to us that if a player touches with his hand and another player from the same team scores a goal and it is involuntarily, it is not a penalty. It is something that they have to clarify. These are decisions that we cannot control, that go against us”, criticized Eric Garcia. “Every year they change the regulations. Neither they nor we know when it's a hand”, added Sergi Roberto.

The interpretations made by the VAR with the Dutchman Pol van Boekel at the controls did not help either. It is not the first time that Barça regrets a decision by the latter. In Munich Dembélé fell in the area after a trip by Davies. For the referee at the time, Danny Makkelie, there was no penalty, although he stopped the game for a few seconds so that the VAR could review the action. But this was not punishable for Pol van Boekel.

“In the end you can be outraged because now we have three finals left to compete in which we cannot fail. These are two defeats that weigh heavily on us. And the referee finishes his work and leaves without explaining anything. All this must change”, insisted Xavi. Beyond the arbitration performance, the coach tried to make football self-criticism. He only partially succeeded because he was too aware of what had happened. “The first part we have not been at the level that this competition requires. Then we have improved. But they have managed the result well and what has happened to us has happened to us. We cannot fail any more”, he sentenced.