The great protagonist of the friendly between Barça and Juventus that ended with a tie at two goals was the Frenchman Ousmane Dembélé. 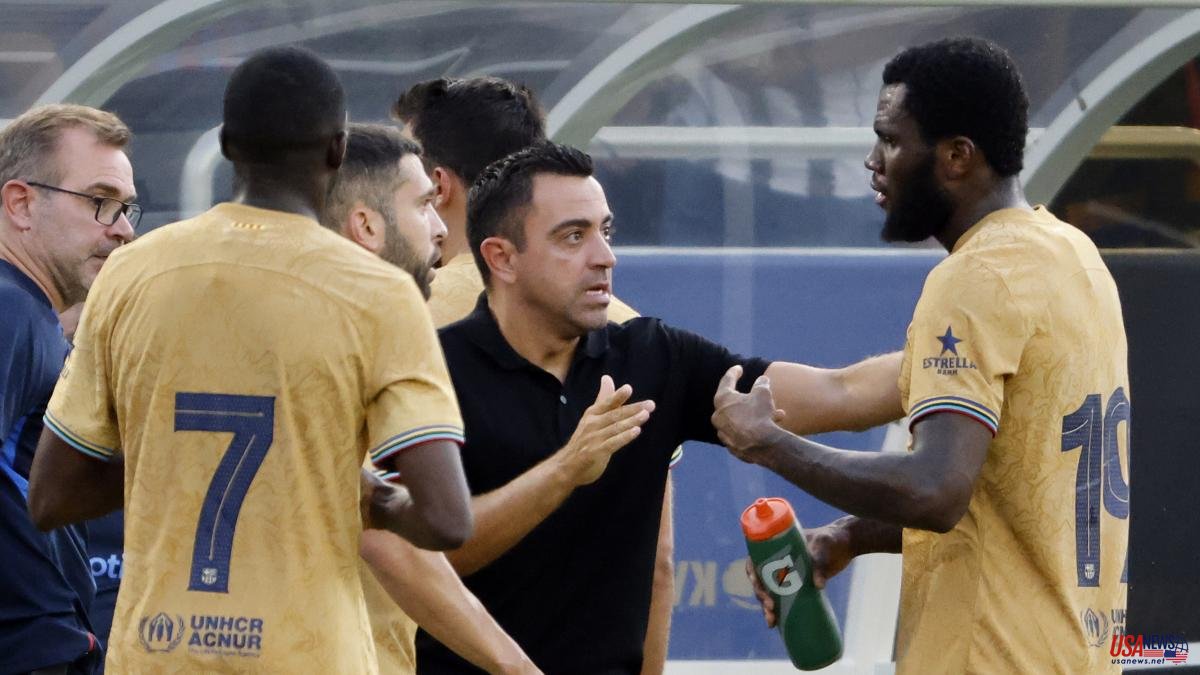 The great protagonist of the friendly between Barça and Juventus that ended with a tie at two goals was the Frenchman Ousmane Dembélé. Two beautifully made goals of his allowed Xavi Hernández's team to be very close to victory. After years of doubts about his performance, the winger starts the preseason better than ever, wanting to convince Xavi that he deserves a place in the starting eleven.

The coach could not help but praise his footballer, on whom he always insisted that he stay at the club. “He is a different player, special”, he said about the French attacker. “Because of the way we play, he gives us a lot. He has to make a difference to us”, he insisted. “He has to be more consistent, score more goals and give more assists, something that he already improved last season”. In addition, he recalled that “since November of last year, when we arrived I see a happy Dembélé. He is always involved and has shown it. That is why I insisted so much for him to stay, ”he stressed.

Xavi Hernández said he was leaving the game “with good feelings because the second half is very good”, although he acknowledged that they were a bit thick in the first half. “I attribute it a bit to the lack of rhythm, to the heat, to the state of the field, which was very dry. But in the second part we were better despite the fact that in the first part there was perhaps a section where they dominated us”.

In that second part, Barça met again and approached the team that the Egarense wants. “We look more for the interiors inside, the wingers are making a difference looking for the nine. Interesting things are being seen and we are on the right track, ”he assured. Finally, he praised the good performance of Pjanic. "He is very good technically and has a great vision," he said of the footballer.