Will it come true?: the plan to connect Barcelona and Andorra by train

Leaving home from Barcelona with skis in tow at seven in the morning and planting yourself, leaving the La Sagrera resort, in the Andorran snow domain in two and a half hours, just in time for the opening of the slopes, without having to take the car, just using the train. 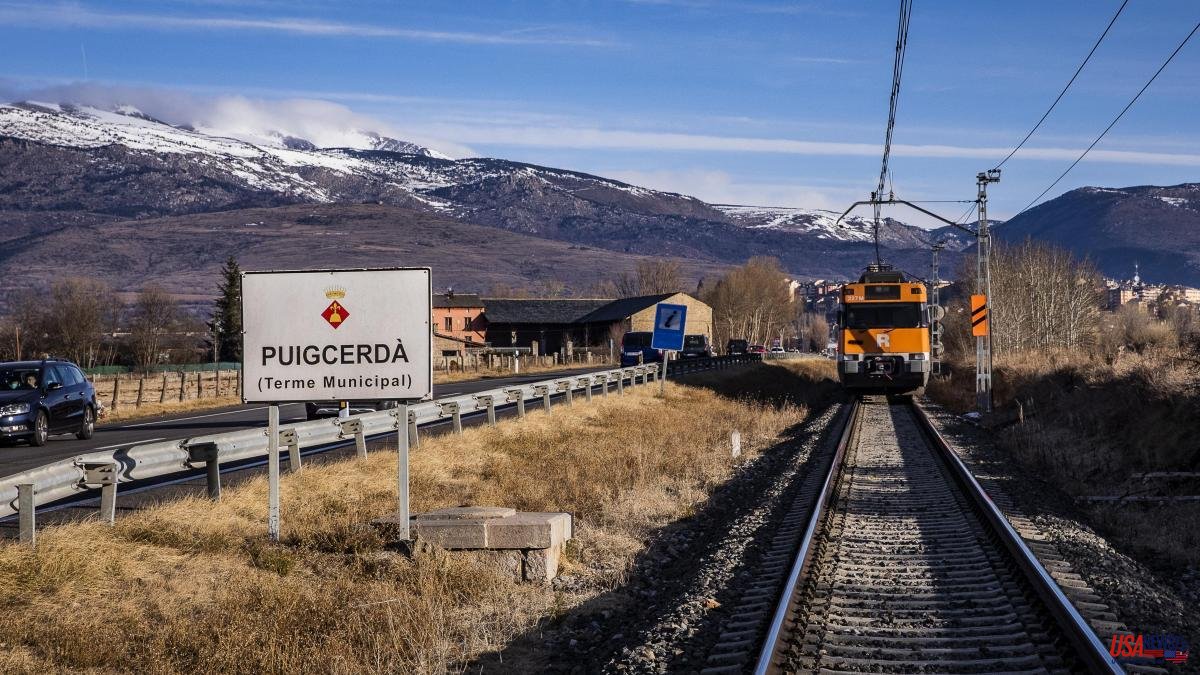 Leaving home from Barcelona with skis in tow at seven in the morning and planting yourself, leaving the La Sagrera resort, in the Andorran snow domain in two and a half hours, just in time for the opening of the slopes, without having to take the car, just using the train.

At the moment it is nothing more than a project, but it could revolutionize the flow of skiers not only from Barcelona, ​​but from the entire Cerdanya valley. For example, today those who decide to embark from Puigcerdà to the Andorran station grouped under the Grandvalira brand have to overcome a tunnel and a few traffic jams before reaching their destination, with a travel time that is easily around three quarters in time. Or more. But if there was a railway line between Alp and Andorra, it would only take 28 minutes.

The proposal was presented this summer, through the Fundació Mobilitat Sostenible. The Generalitat has opened a tender to carry out a feasibility study for June next year.

Times are not short, but Pau Noy, the industrial engineer who has studied the project, has already put the figures: it could be completed in seven years at an approximate cost of 700 million euros, to be distributed among various local and state administrations.

The arguments to launch the work are not lacking. From the demand to reduce emissions and thus counteract climate change that could potentially harm the practice of sport due to high temperatures, through the reduction of road traffic, to attracting a new public of enthusiasts, who would have a most accessible option to get hooked on this hobby.

And this without counting the advantage that would be due to the thousands of workers who travel through the valley every day, with the consequent decrease in the accident rate. The connection plan could also be expanded, changing the width of the current train tracks that travel through France to Toulouse to link the French public, which would increase the prospects for economic business.

"Between Alp and Andorra there is a market for up to 35 trains, about 15 in each direction, with the capacity to transport up to 7,500 people every day," says Noy. According to his calculations, this railway transport route (without emissions) could attract up to 30% of the annual tourist population that visits, with overnight stays, the areas of this Pyrenean valley.

However, it is not something simple. First, because there are three states involved (Spain, Andorra and France), so a commission with the three parties would have to be set up. Second, because the project also involves intervening in other lines of the existing railway section, such as the line that goes from Barcelona to Vic and Ripoll. The route would consist of stops in La Seu d'Urgell, Alp, Ripoll and Vic. To do this, it would also be necessary to widen the line between Vic and Montcada, as well as renew the section between Ripoll and Alp.

"One option for this dream to come true would be to take advantage of future European funds, as it is considered a sustainable infrastructure," suggests Pau Noya. Like any infrastructure of this type, its construction may have an environmental and territorial impact on the cities involved. A tunnel would have to be built in El Pont de Bar and train stations in Bellver de Cerdanya and Montellà i Martinet.

Sources in the sector admit that the idea of ​​the railway between Andorra and the Catalan capital may make sense, but that at present the project "is very green", so its execution is distant or uncertain. But the dream is already on the table.