When Egypt broke the glass ceiling

You made the power of women equal to that of men. 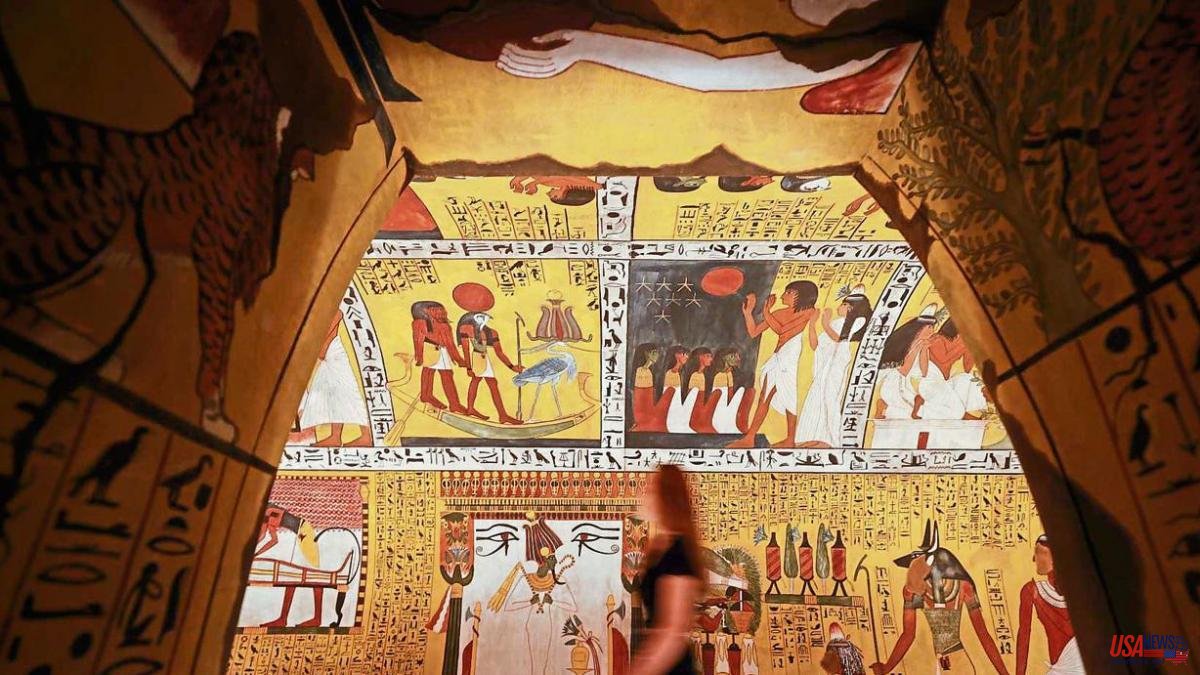 You made the power of women equal to that of men." The unappealable phrase is part of a hymn from the 2nd century dedicated to the goddess Isis and found on a papyrus in the excavations of Oxyrhynchus. And that clarifying phrase now opens the Daughters of the Nile exhibition at the Casa de las Alhajas in Madrid, a journey through 300 pieces from multiple European museums about the role of women in ancient Egyptian society. A surprising role when compared to other civilizations such as the Greek, because they were considered by law to be on an equal footing with men.

Through sculptures and figures of women and goddesses, objects of beauty, sarcophagi and canopic vessels, but also erotic papyri that give a modern and humorous image of sex, immersive audiovisuals, such as the one that recreates Nefertari's burial chamber, full of passages from the Book of the Dead, and the spectacular replica of the interior of a tomb, that of Sennejdem, arrived from Germany and in which its mummification is even seen in the presence of Anubis, make up an exhibition curated by the Egyptologists Esther Pons –which co-directs the Oxirrinco excavations– and Nacho Ares, open until December 31 and commemorating the 60th anniversary of the Eulen business group, whose Eulen Art division produces it,

An exhibition that exhibits everything from bearers of offerings and spectacular sculptures of millers, to busts of queens and goddesses such as Bastet, Hathor and of course Isis, whose nursing figure, they affirm, will inspire that of the Virgin Mary, just as the God Ptah created by the word and in Christianity, they say, "the word became flesh."

The commissioners recall that Egypt was a theocracy and a very hierarchical society, but they affirm that in the middle and upper classes, artisans, merchants, liberal professions, women did not have a glass ceiling because there were laws that supported equality. If in Greece, says Pons, women were minors by law, in Pharaonic Egypt "they could choose who they married, divorce, go to another house with their children, buy and sell land and even disinherit their offspring if they did not they treated them well, as the papyri have shown.”

Of course, the commissioners clarify, who had access to those rights that the law protected was the privileged class, because a very high percentage of women could not access it because of the environment in which they lived. “The majority of women could not access these rights either because it was an agricultural country and women were born and were almost predestined to what they were going to do, they would become adults, they would marry and they would be the lady of the house, they would take care of their children, although by law they were equal”, they clarify. And they add that, certainly, there were not many queens and there was not even a word for it. “Today it does not enter into our heads – says Ares – that a female pharaoh like Hatshepsut in the 18th dynasty around 1450 before our era, when she ascends the throne, the first thing she has to do is dress like a man, with a beard. In the representations she does not even have a chest, she keeps the name but not the appearance, in the concept of royalty the sovereign had to be a man, and they lived it naturally”.