What happens when the High Court becomes politicized?

Judges dispense justice; that is, they interpret and apply the law. 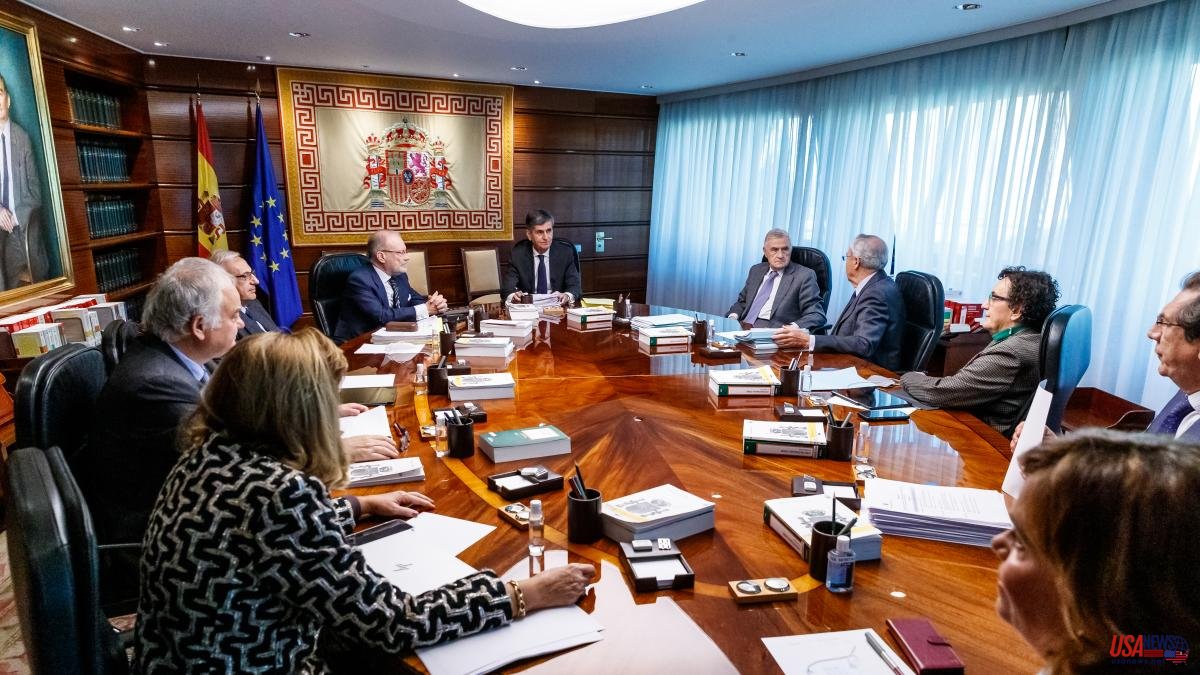 Judges dispense justice; that is, they interpret and apply the law. And it is precisely in the interpretation when the problems arise if the magistrates do not "weight with foresight" the impact of their decisions. It is about "not generating with them political and social consequences worse than those that are to be avoided." To do this, judges must submit to the principles of "neutrality and impartiality." And when they do not, "disbelief and a bad reputation of institutions and officials are produced in public opinion." The quotes correspond to an academic article on the "recommended profile for the magistrates of a Constitutional Court", but the description could be perfectly applied to the supreme interpreters of the Spanish Constitution.

The public opinion indicators make it quite clear: on a confidence scale from 0 to 10, the Constitutional Court scored 3.4 in 2015 (the data is from the CIS). But that resounding suspense did not arise by spontaneous generation. The execution of the institution itself and the growing politicization that has ended up turning the members of the High Court into "political commissars" attached to their respective "ideological blocs" (according to the confession of one of its members) contributed decisively to deteriorating its image. Two decades ago, in 1995, the Constitutional Council reaped almost a 6 in confidence level.

However, in the 2000s, the TC began to polarize between a progressive and a conservative sector. For this reason, the approval of public opinion was maintained until 2006, just when the High Court had to face the appeal presented by the PP against the new Catalan Statute. At that point, the maneuvers to achieve a majority contrary to the statutory norm reached a dimension that liquidated the credibility of the Court. The result was a tampered with the Constitution, with several members whose mandate had expired, another challenged for the same reason for which he was chosen as a jurist of "recognized prestige" and a defector proposed by the left but who voted with the conservatives.

However, at the moment that the High Court amended a text voted on at the seat of national sovereignty and endorsed by popular suffrage, it committed a first original sin from which it would no longer be redeemed. In 2008, even before the ruling on the Statute, confidence in the Constitution had already fallen to the ground of suspense (4.65). And when the TC finally ruled on the Catalan reform, in 2010, it launched an unstoppable mechanism of self-destruction: confidence fell to 4.3 that year, to 4.1 in 2011 and to 3.4 from of 2014. And after the events of the last week it is not difficult to imagine how far that note can fall. In 2015, one in five Spaniards directly awarded a zero to the Constitutional.

The problem with all these maneuvers – like that of the partisan blockade of the renovation of the institutions itself – is that they end up contaminating the entire image of justice. As of 2010, more than 70% of Spaniards considered that the judicial administration functioned unsatisfactorily. And that figure was close to 80% in 2013. Finally, when disaffection began to ease, between 2019 and 2020, and dissatisfaction fell to 60%, the successive blockades in the renewal of the CGPJ undoubtedly led to a new setback in the credibility of justice: in 2021 negative opinions grew by five points and in 2022 they are very close to 70%.

The precedent of the Supreme Court of the United States, after the appointments made by Donald Trump and his drift towards positions far from centrality, is a good example of what happens when the "arbitrator" is a hostage to partisan interests or extremism ideologies of those who have designated it. The North American Supreme Court, which 20 years ago enjoyed an approval level of over 60% (compared to less than 30% of critical opinions), today has a disapproval level of 59% (and an approval that is barely reaches 40%, even according to Fox News polls). And that deterioration has precipitated in just two years. Reversing it, here and there, will require considerably more time.