What Felipe are you talking about?

Say “Felipe” in a class, before young people, and verify that everyone thinks of the current Monarch and not of the socialist leader in a corduroy jacket. 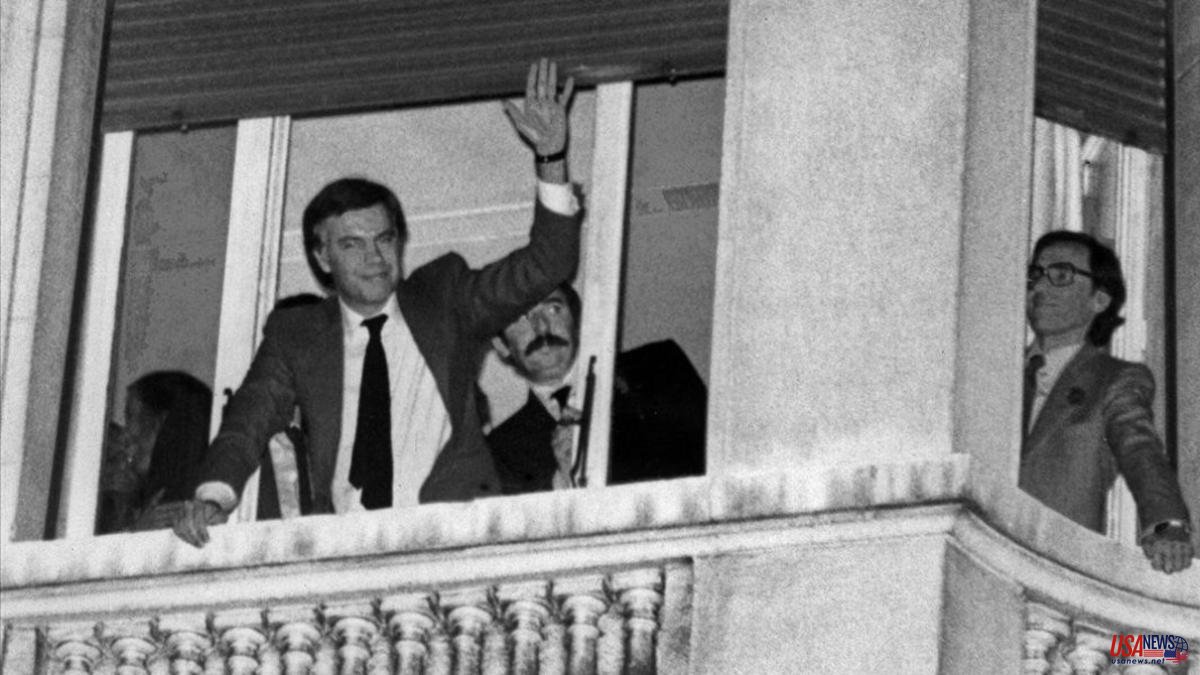 Say “Felipe” in a class, before young people, and verify that everyone thinks of the current Monarch and not of the socialist leader in a corduroy jacket. The cruel tango of memory. Forty years have passed since the arrival of the PSOE to power, on October 28, 1982, shortly after 23-F. They remember it, perhaps, those who lived it; for the young it is about shadows and cacophonous echoes. Could it be otherwise?

This newspaper asked on Sunday about the new generations and democratic memory: historians warn of the lack of knowledge of the past in young people and adults. On the other hand, a study commissioned by the Association of Descendants of Spanish Exile shows the gaps regarding the Civil War and the Franco regime among citizens between the ages of 16 and 30. There are testimonies that – as El País collected – make your hair stand on end and, at the same time, provoke laughter: “After the war Franco died and democracy and the Government arrived”. Like those who believe that Tarradellas is just a pizza brand.

I contemplate the photo of Felipe González's first cabinet, almost all of them young and no women. “Young nationalists”, that is how The New York Times described them in praise plan, Ortegans gone by Bob Dylan. After all, when reforms (or revolutions) have to be carried out, identity weighs more than ideology, which is why I laugh at the admirers of Fidel Castro who continue to affirm that "nationalism is always right-wing."

Beside me, an older friend looks at the distant image of Felipe González and his ministers, and confesses: "I voted for them, we had to flee from the carcundia that had cut the cod for centuries." There was a desire to enter the future. "Not even her mother who gave birth to her will know Spain," I think Alfonso Guerra said. It has been seen, over time, that the thing was less profound, for example the high judiciary, so attached to those paths that, inevitably, lead to Jurassic Park. The togas went their own way, while Narcís Serra was retiring Francoist generals and NATO ceased to be the bicha.

Change –that was the motto of the PSOE in 1982– caught me in the middle of adolescence and I keep more sensations than reasons from that time. For example, I remember how many socialists came and went from my city, who already governed the Consistory since 1979, when the first municipal ones. The felipista victory recharged them plasticized moral superiority, something that lasted until 2000, when Aznar achieved the absolute majority. Socialism had it all, town halls and Moncloa, but in Catalonia the Generalitat resisted them, a strange counterweight. Jordi Pujol, Felipe González and Pasqual Maragall had the support of the polls. The citizen bought their respective stories.

Another sensation of that moment of felipista ecstasy has to do with modernity as the official product of a new enlightened despotism that had to set the Celtiberian clock to European time. Meanwhile, the fachas fell fallow, waiting for our present. In exchange, that modernity parked something important: the duty with the dead. It has taken almost 47 years since Franco's death for the Day of Remembrance and Tribute to all the victims of the military coup, the Civil War and the dictatorship to be celebrated. Although they were invited to the event, neither Núñez Feijóo, nor the regional president Díaz Ayuso nor the mayor Martínez-Almeida, the three from the PP, attended. The biggest problem is not – as you see – that young people do not know where we come from.