What and who is behind Pedri's pull?

There are 24 hours left for the derby against Espanyol. 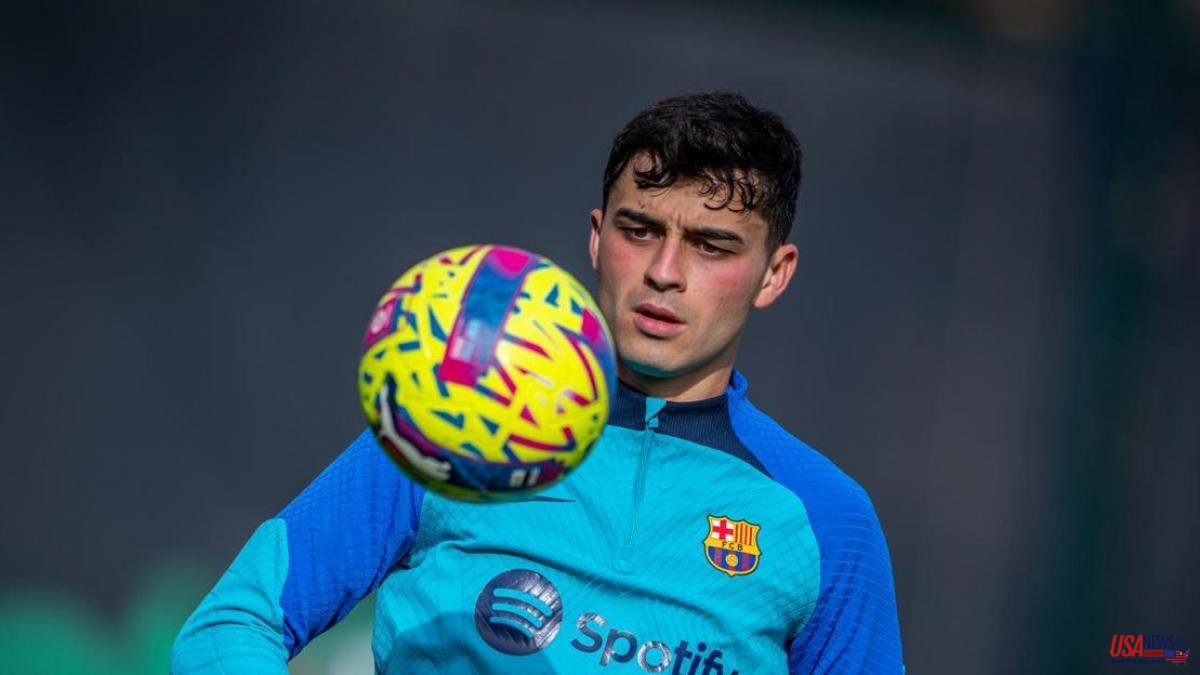 There are 24 hours left for the derby against Espanyol. Activity has returned stronger than ever to the FC Barcelona sports city. Xavi already has all his staff training, including Pedri, a footballer who joined the Blaugrana discipline on December 19 with the rest of the Spanish internationals. Among them, there is also Gavi. He has already stopped living in La Masia after reaching the age of majority but he still has to take the driver's license exam. Subject that his friend Pedri has passed. At 20 years old, the canary no longer goes by taxi or comes looking for him. Far is that image from last October 20, 2020 when, minutes after making his debut at 17 years and 330 days as a Barca goalscorer against Ferencvaros, he left the Camp Nou by taxi. He now collaborates with the Mini house and sometimes drives a dark green model. He first takes Gavi to his house and then heads to his.

But how did all this commercial vein start? Let's go back.

Tegueste, Tenerife. Summer 2019. Pedri leaves the Tasca Fernando, the bar run by her parents María Rosario López and Fernando González, with a ball at her feet. He still hasn't turned 18 but he already knows that he will land at FC Barcelona. He begins to walk giving touches to his ball. Touch by touch, without losing sight of the ball, he covers almost 1 kilometer until he reaches the church of San Marcos. The challenge has been set by Lars Böcking and David Rodríguez, CEO and COO of TQTK Studios, the marketing subsidiary of Leaderbrock Sports, the soccer player's representation agency. “They explained to me the importance of marketing and it is something that I have understood since then as part of my day to day. I work with brands that have the same concerns as me. They suggest the ones that can fit me and I am the one who decides ”, Pedri tells La Vanguardia.

The canary and his team are very clear about their philosophy. If the proposals do not fit with his personality, there is no possible agreement. It's not all money. Along the way, to give an example of many, proposals related to cryptocurrencies have remained. “When we talk about his values, his humility stands out above all. A person who has his feet on the ground. And when you meet him, he is also someone very funny and very aware of issues such as sustainability, ”explains Lars Böcking.

It is no coincidence that Pedri arrived at the Camp Nou by taxi that day with a recycled plastic bag to carry his belongings. For a reason he is an ambassador for Kick Out Plastic, a foundation that seeks to promote a better and more sustainable world. Currently, he is the image of very powerful brands such as Adidas, which have opened the doors for him to participate in powerful campaigns such as Run for the Oceans, which contributes to the collection and recycling of plastic waste that accumulates on the beaches and coasts of the world.

Nor does he forget his origins. He is an ambassador for Plátano de Canarias, a campaign that seeks to promote healthy lifestyle habits. “It was the first contract we signed. It is a brand related to its origins and it is also one of his favorite fruits. It is an agreement that speaks for itself”, emphasizes Böcking.

Another company that collaborates with the canary is TCL, the Chinese multinational technology company, and he attends the award galas dressed by Dolce

Barça has noticed it in the sale of shirts. Only Robert Lewandowski surpasses him in the sale of elastics. The reef is also no stranger to the selection. Here his shirt is the best seller and during the World Cup in Qatar he was chosen by FIFA as a figure of the Spanish team. His image appeared on the subway, in the Fan Zone and on World Cup advertising banners alongside figures such as Messi, Cristiano Ronaldo, Neymar, Mbappé, Van Dijk or Harry Keane. "I try to wear it naturally, but it's incredible to see shirts with your name, or your image everywhere in a World Cup at 20 years old," admits Pedri. That he is surprised by his commercial vein also adds up.