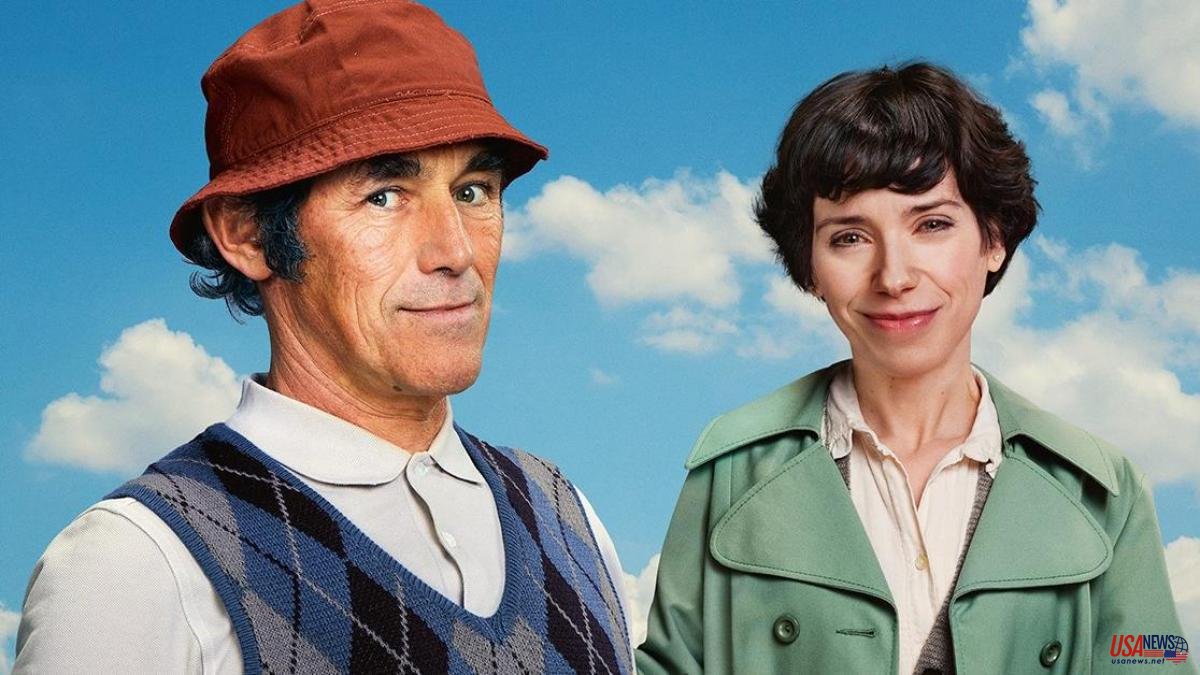 No tricks. No small print. Without conditions. Club Vanguardia invites you, from November 18, to see the best British comedy this fall, The Great Maurice.

Let yourself be surprised by this fun and funny bet and download your free ticket now.

Every year; British cinema gives us some film that makes us laugh from the most unlikely everyday life. And without a doubt in this 2022, The great Maurice, is a serious candidate to occupy that place.

Directed by the young Graig Roberts, winner of a BAFTA award for his feature film Eternal Beauty, the film takes as its starting point the surprising story of one of the greatest fakers in sports history: Maurice Flitcroft. A crane operator who, without ever having played golf before, came to participate in the British Open. The Great Maurice is the adaptation of the book The Phantom of the Open, a biography of the real Maurice Flitcrot that recounts his misadventures trying to be part of the professional golf circuit.

Imagine that your name is Maurice Flitcroft, you work in the port of a small British seaside town as a crane operator and you know that your job is in danger. At the same time, thanks to television, you discover that you like golf, that you are passionate about the sport. What can be your biggest dream? Participate in the British Open, even if you have to pretend to be a professional player, buy half a set of second-hand golf clubs and practice on the beach or in the garden using buried empty cans as holes. This is the starting point of The Great Maurice and also the story of the real Maurice Flitcroft, who came to play the British Open up to 3 times pretending to be other people and who, for many, is the worst golfer in history.

Within a cast that works perfectly, two actors stand out from the rest. We refer to Mark Rylance, who gives life to Maurice Flitcroft, and Sally Hawkins, who does the same with his wife. Rylance is an actor with a great career in theater, film and television, winner of the Oscar for best supporting actor in 2015 for his participation in Bridge of Spies. A film for which he also won the Premi Sant Jordi a year later for best actor in a foreign film.

For her part, Sally Hawkins, nominated twice for an Oscar, is an actress who has already collaborated with the director of the film on other occasions and who many of us will remember for her role in The Shape of Water, the film by Guillermo del Toro . Also noteworthy is the participation of the Catalan actor Marc Bosch who plays Seve Ballesteros in a funny moment of the film.

Although it premiered in the United Kingdom in 2021, The Great Maurice, will hit theaters in our country on November 18, distributed by A contracorriente films. An opportunity to get carried away by the funny story of a man who decided that every dreamer deserves a chance, even if the truth has to be stretched to enjoy it.

Don't miss out on this opportunity and get your free cinema ticket with your Club Vanguardia card for the Verdi cinemas in Madrid and Barcelona, ​​and for the rest of the cities, in the cinemas where the film is shown. You just have to access the Club Vanguardia website and download your free ticket before November 17. That easy!