We can summon Sánchez to

The leader of Podemos, Ione Belarra, has set the PSOE the purple priorities in the next Budgets after criticizing that they have neglected the "flags" typical of a progressive executive, and has demanded that the PSOE "redirect the course" instead of "spending money in arms at the request of a foreign power". 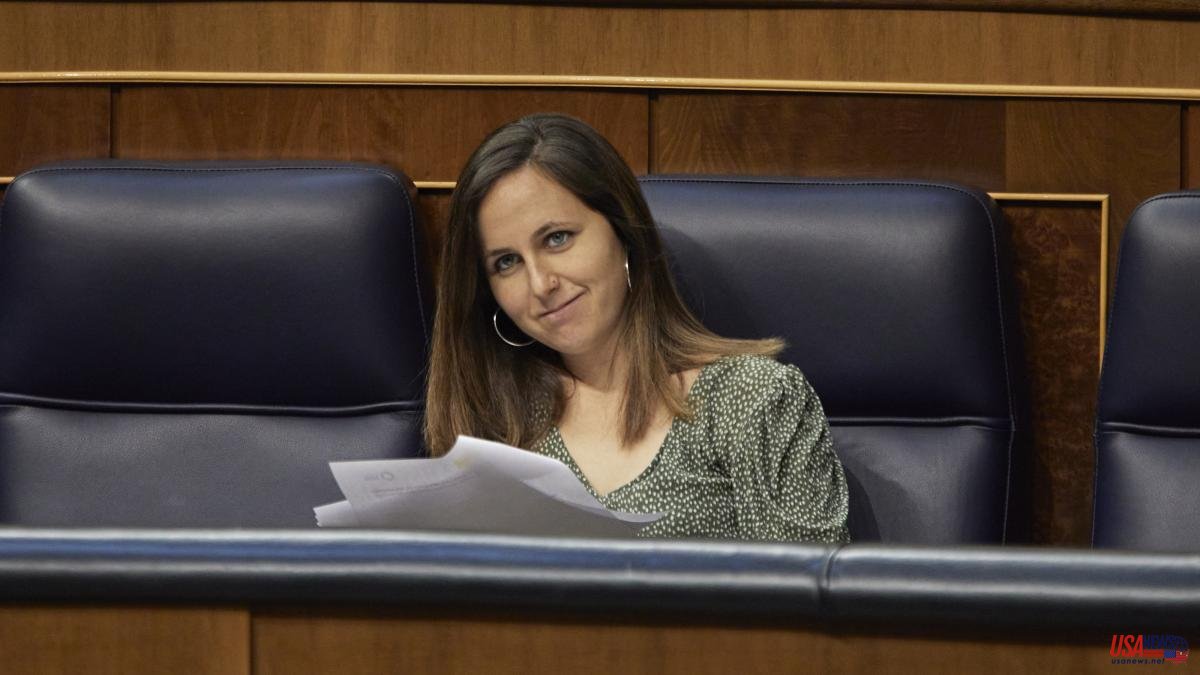 The leader of Podemos, Ione Belarra, has set the PSOE the purple priorities in the next Budgets after criticizing that they have neglected the "flags" typical of a progressive executive, and has demanded that the PSOE "redirect the course" instead of "spending money in arms at the request of a foreign power".

In an open intervention before the State Coordination Council of Podemos, the general secretary of the party has reproached Pedro Sánchez for wanting to increase investment in defense to reach 2% of GDP in 2029, as announced in the framework of the summit of NATO last week.

"Our country does not need to buy bombs and fighter planes", but measures to improve the lives of families and avoid "mass impoverishment" caused by the pandemic crisis first and now the economic crisis stemming from the Russian invasion of Ukraine, Belarra underlined, emphasizing that Spain "is not at war".

For this reason, the purple leader has stressed that it is a priority that the next public accounts, which could be the last before the elections scheduled for the end of 2023, must be "the milestone that allows the Government to redirect the course and recover the rhythm", thus proposing an "ambitious" tax reform, a family law or measures to shield purchasing power and curb inflation, among other things.

According to Belarra, at the point where the legislature is, "there are no clear political objectives in the action of the coalition government" and he believes that this is perceived by "many progressive people", who also increasingly have the feeling of that "it is Podemos alone who raises the flags that should be the hallmark" of this progressive Executive.

There are also two "key" issues for Podemos that the government must now address: the repeal of the gag law, a law that has been in force for longer with this coalition government than it was with the PP - he has pointed out - and the law of living place.

For Belarra, the next budgets have to protect families and consolidate feminist progress, and to achieve this she has proposed, apart from other initiatives, to approve a family law that extends maternity and paternity leave to 6 months, which includes an income upbringing of 100 euros per month for each child in each family, as well as a paid leave for the worker of seven days a year for care.

Containing inflation, shot up to 10.2%, and protecting the purchasing power of families is another of the demands of Podemos, which wants to establish a maximum price for fuel, which would be covered thanks to the extraordinary tax on the benefits of the energetic. They also see it necessary to continue lowering the price of the transport subscription until it costs 10 euros in all communities.

Precisely, inflation is a great concern for this party because "it supposes a very hard blow to the social majority in our country and because it can ruin the action of the coalition government". Another of the purple proposals is to create a fund of 10,000 million euros to invest in public health and public education.

They also insist that the pending tax reform must be undertaken because it is not "decent that after two very serious economic crises, large companies and fortunes have not contributed a single extra euro to deal with the difficult situation." In this sense, they demand that large corporations pay at least the same percentage of taxes as small ones and that the minimum tax of 15% be established on all their profits.

These measures that Belarra has specified before the Coordination Council "are urgent", he said, and are different from those that have been made these days to double defense spending, he lamented when warning that the war in Ukraine could become chronic with what this means in terms of economic and social effects for Spain and Europe.