The most ironic comment is from investor Art Hogan, from B. 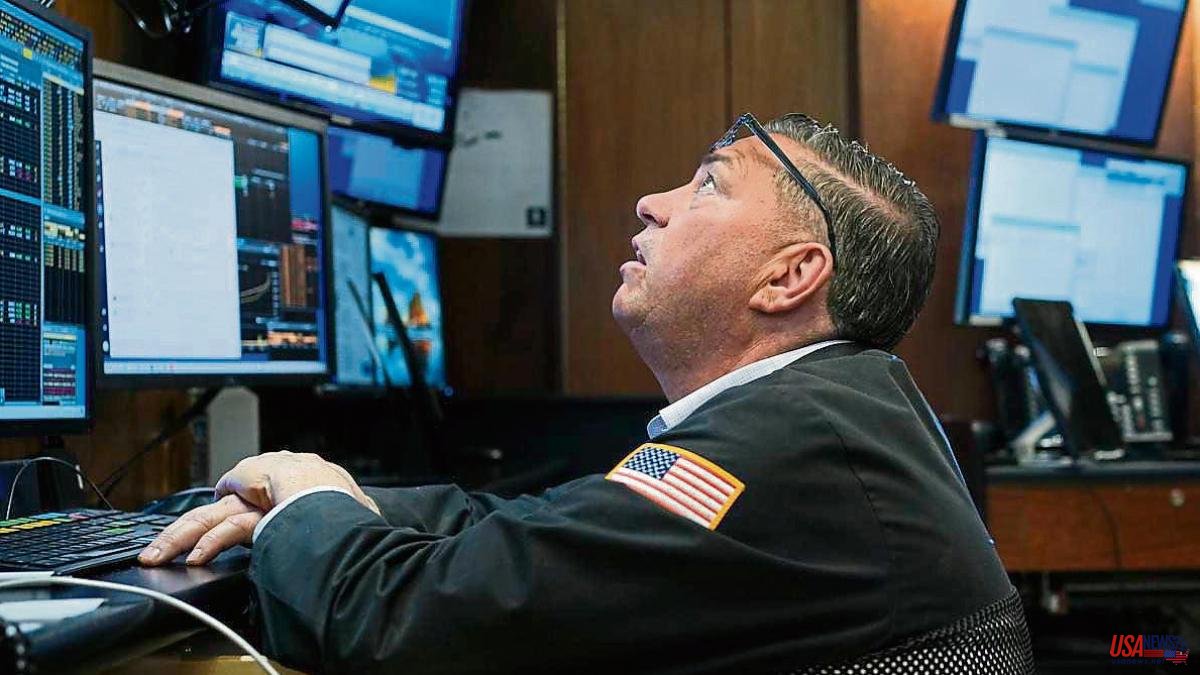 The most ironic comment is from investor Art Hogan, from B. Riley Wealth Management, collected by Afp: "The good news this year is that this year is finally over."

The markets have ended one of the worst stock market exercises since the end of World War II. 2022 has been a very difficult course for the markets and impossible to foresee: record inflation to maximums of the last 40 years, the biggest cycle of interest rate rises since the 1980s, war in Ukraine, energy crisis, blockade of The Chinese economy after the outbreak of the covid...

What do the statistics say? That Wall Street has closed the fourth worst year on the stock market since 1945, only surpassed by the oil crisis of 1974, the dotcom crash (2002) and the bankruptcy of Lehman Brothers, 24 years ago.

The SP500 index, the most representative of the US market, has dropped 20%. The technology companies, grouped in the Nasdaq Composite, have lost almost a third of their value: the great icons of Silicon Valley say goodbye to a year to forget (Apple lost almost a fifth of its capitalization; and Tesla and Meta, two thirds).

Something better has gone for the European markets, with a Eurostoxx 600 that has limited its fall to 12% or the Ibex, which has ended the year with -5.7%. 2022 was also the year in which the dollar regained parity with the euro, thanks to the higher interest rate differential between the US and Europe.

Jaume Puig, general director of GVC Gaesco Gestión, comments on these results in this way. “It has been the year of value companies versus growth companies,” he says. In other words, the firms that need more capital to grow and achieve long-term profits have been the most punished (as is the case with technology companies), given money that, after the rise in interest rates, has become increasingly ever more expensive.

Instead, those companies with stable profits, immune to cycles and the rise in inflation, have fared better. with solid balance sheets and attractive valuations.

This value-growth dualism will also continue next year. Among the sectors that performed best in 2022, defense (the business of war), luxury (firms have the ability to raise prices and maintain customers) and energy (they took advantage of the increase in the price of raw materials).

As for the risks of the macroeconomy, "the fears of a recession have not come true," recalls Jaume Puig. “Labor markets in the US and the eurozone are at historically low unemployment rates, while consumption is still holding up thanks to the boost from post-pandemic demand,” he recalls.

In any case, looking to 2023, a lot will depend on geopolitics (Russia, Taiwan, the trade war between the US and China) and the situation will not be one to shoot rockets. “2023 could be one of the slowest global growth years in decades. Our analysts expect the world to grow by 1.7% next year, a big slowdown from the growth of more than 6% in 2021 and a significant drop from the 3.2% growth forecast for 2022”, forecast the analysts of barclays.

According to Victor Alvargonzález, founding partner of Nextep Finance, one of the effects to be considered positive for the markets would be FOMO, an acronym that in English means Fear Of Missing Out, whose translation into Spanish would be "fear of missing it": indeed, never there have been so many investors shorting, that is, betting on stocks to fall. This situation means that if the market rises, investors who are "short" have to undo those positions to avoid suffering losses, so they will have to buy the titles to be able to undo them. “This snowballs into an additional driver for stocks,” he predicts.

To solve the mystery, next appointment with the 2023 balance sheet, in twelve months.