In the NFL, players are named after Egyptian deities such as Amon-Ra Saint Brown, or that seem to be taken from the seven dwarfs such as Greedy (Ambitious) Williams, as bombastic as the princes Prince Tega Wanogho and Prince Amukamara, as sonorous as Ndamukong Suh and Abdurrahman ibn Ramadan Ya-Sin, as unpronounceable as Tuanigamanuolepola Tagovailoa, known as Tua for simplicity, as childish as JuJu Smith-Schuster, CeeDee Lamb or Haha Clinton-Dix. 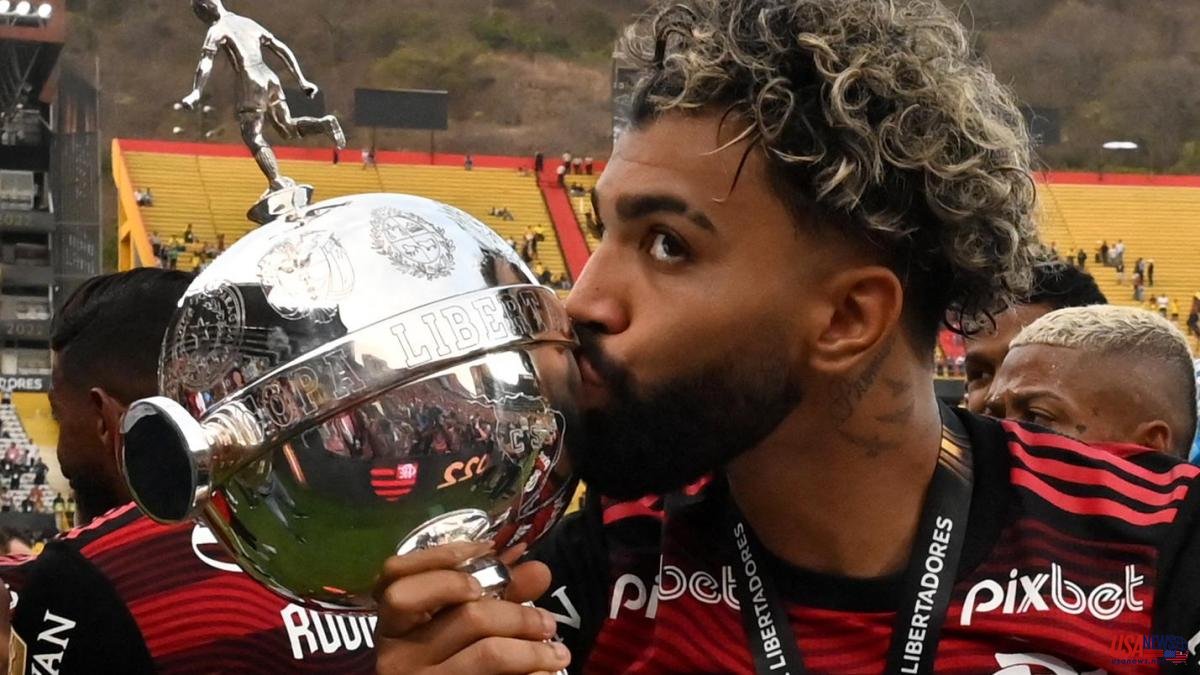 In the NFL, players are named after Egyptian deities such as Amon-Ra Saint Brown, or that seem to be taken from the seven dwarfs such as Greedy (Ambitious) Williams, as bombastic as the princes Prince Tega Wanogho and Prince Amukamara, as sonorous as Ndamukong Suh and Abdurrahman ibn Ramadan Ya-Sin, as unpronounceable as Tuanigamanuolepola Tagovailoa, known as Tua for simplicity, as childish as JuJu Smith-Schuster, CeeDee Lamb or Haha Clinton-Dix. In Brazil, soccer players are named after philosophers (Socrates, Seneca) or writers.

At only eighteen years old, one of the young promises of Flamengo (recently proclaimed champion of the Copa Libertadores) is midfielder Víctor Hugo, a product of the academy who may not take long to land in Europe. It is as if Barça's center forward were not Lewandowski but Josep Pla, Madrid had a certain Miguel de Cervantes Saavedra as goalkeeper, a Bayern defender responded like Johann Wolfgang von Goethe –or Goethe just-, and Manchester's goals City did not put the Norwegian Håland but a certain William Shakespeare. In Brazil, as in the United States, there is nothing written about names.

But although the future of Flamengo – “o dearest of Brazil”, with forty million followers – may be the author of Les Miserables, the hero of the present is Gabriel Gabigol Barbosa, scorer of the victory over Atlético Paranaense in Luiz Felipe Scolari in Guayaquil. Without a fixed place in the Brazilian team (national coach Tite prefers Richarlison), he has scored four times in three Libertadores finals, beating Zico (Flamengo legend), and is, with 29 goals, the Brazilian top scorer in the history of the Latin American Champions together with Luizao, from Vasco de Gama.

Barbosa is a Brazilian different from most, nothing superstitious to begin with. Before the 2019 final against River Plate at the Monumental de Lima, his teammates gave it all up for lost when he caressed the trophy before the match began, as if it were already his, something like drinking champagne in advance and that could bring nothing but bad luck. But, when his team was losing a minute from time, he scored two goals that gave him one of the most dramatic victories of the Libertadores, the equivalent of Manchester United's triumph over Bayern at the Camp Nou in the Champions League. The following year he did the same at the Montevideo Centenario before playing for the cup against Palmeiras. But although on that occasion the cariocas lost in extra time, Gabigol scored his goal.

In a country where soccer players do not hesitate to get involved in politics, Romário is a senator, Neymar has almost been the head of Bolsonaro's campaign and Bebeto makes his sympathies for Lula clear, Barbosa does not want to know anything. After the triumph in the Libertadores, after the third consecutive final between teams from Brazil, the recently defeated president did not take a minute to try to capitalize on Flamengo's success for electoral purposes, meeting and photographing with the champions (a cocktail of young such as Víctor Hugo, stars such as Pedro and veterans such as former Barcelona player Arturo Vidal, goalkeeper Diego Alves, David Luiz and Filipe Luis, managed by Dorival Junior in his third spell with the club). But Gabigol found an excuse to be absent, with the enormous authority that comes from being an idol.

His European adventure never took off, failing at Inter and Benfica. But at Flamengo he is writing history. Rather, he is writing it for him in French, his companion Victor Hugo.